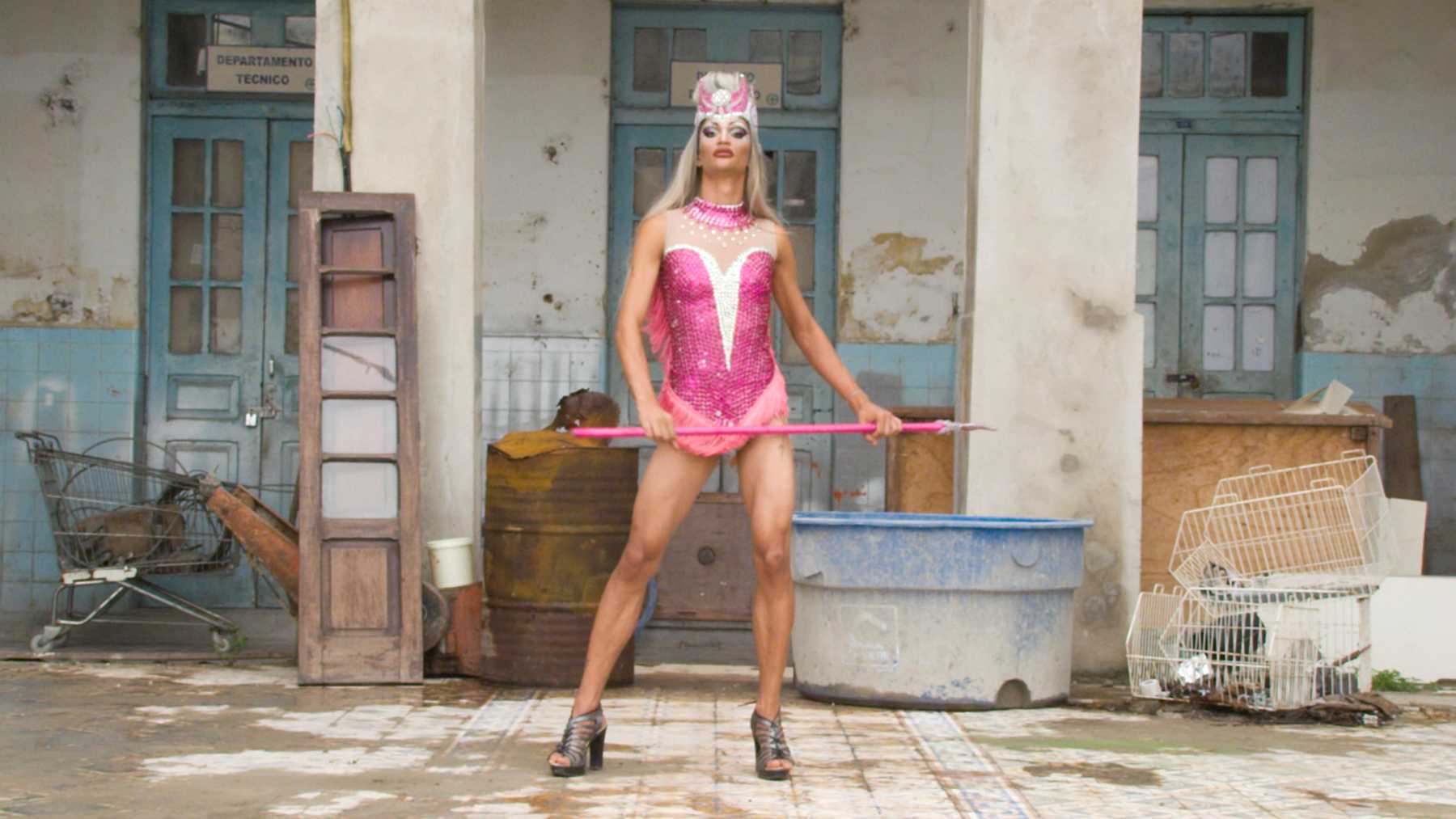 In the underground spaces of the Toronto new subway extension, a group of poets, rappers, singers and musicians negotiate their status as both first- and second-generation Torontonians as well as settlers living on borrowed Indigenous land.

In the darkness of a nightclub, hairdresser Porck and firefighter Dayana try their luck as Brega singers while plotting their course from studio to stage. Gestures are followed by melodies about love, betrayal, luxury and power in an experimental documentary about how pop music is experienced as a new form of labour in the Northeast of Brazil.

As a series of annotations on the relation between body, camera and movement in the documentation of a typical dance of the Northeast of Brazil, ‘Faz que Vai’ comments on the meaning of the carnivalesque used in diverse strategies of preservation of Frevo as an image, heritage and product.

Bárbara Wagner (Brasilia, 1980) & Benjamin de Búrca (Munich, 1975). Trained as a journalist and photographer Brazilian artist Bárbara Wagner understands how media is implicated in manipulating perceptions, often creating historical myths and stereotypes. Since 2005, she has independently produced photographic series and publications on the representation of tradition, both in Brazil and abroad. The German born, Irish artist Benjamin de Búrca has a practice in the arts since 2000 where painting, photography, and video are equally important in his work. Working in collaboration since 2011, they are interested in the space documentary and art both share. Their more recent investigations concentrate on collective practices and traditional rituals specifically manifested in the body of youths living in the peripheries of Brazil’s Northeast which lose their connotations of symbolic resistance to become products of tourism and entertainment industry. Wagner and de Búrca participated in the 33rd Panorama de Arte Brasileira (São Paulo), 36th EVA International (Limerick), 32nd São Paulo Biennial and 5th Skulptur Projekte Münster. They live and work in Recife, Brazil.