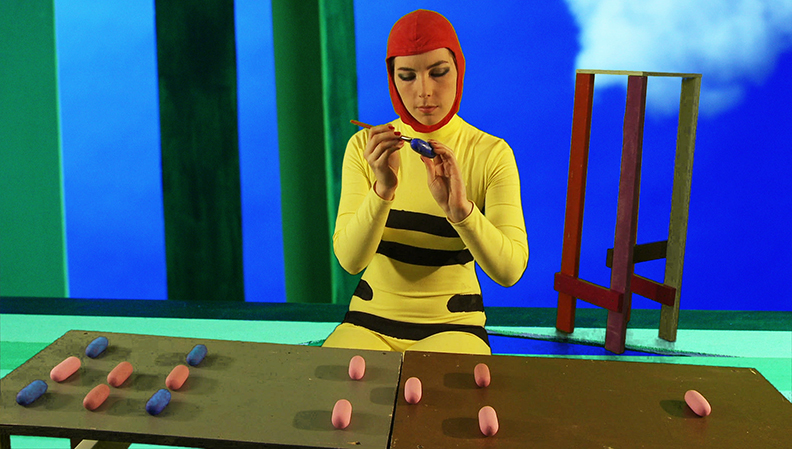 “My films are fiction,” JimTrainor has written, “but their starting point is always a clump of curious facts. My fascinations tend to go deep rather than broad. I am happy when bigger themes drift in (like biological evolution, or human culture), but the facts that make up my films never quite add up to a thesis.” Regarding The Pink Egg, he notes, “My plan was to tell the story of the evolution of insect societies. This subject captivates me on its own terms, and for the moment I would like to fend off the idea that the insects can teach us about ourselves. They are interesting because they went their own way.”

Jim Trainor was born in Philadelphia in 1961 and grew up in the Washington DC suburbs. He attended Columbia University, where he studied English literature, and lived in New York from 1979 to 2000, where he made his first widely screened animated films: The Fetishist, The Bats and The Moschops. In 2000 Trainor accepted a teaching position at the School of the Art Institute of Chicago. In Chicago he has made several more animated films, including Harmony, The Magic Kingdom and The Presentation Theme. All of these animated films were made on 16mm, with marker drawings on paper. In 2010 Trainor received a prize from the Alpert Award in the Arts, which enabled him to realize an idea for a live-action feature, his first, which would use actors to depict the life-cycles of insects. That project resulted in The Pink Egg.