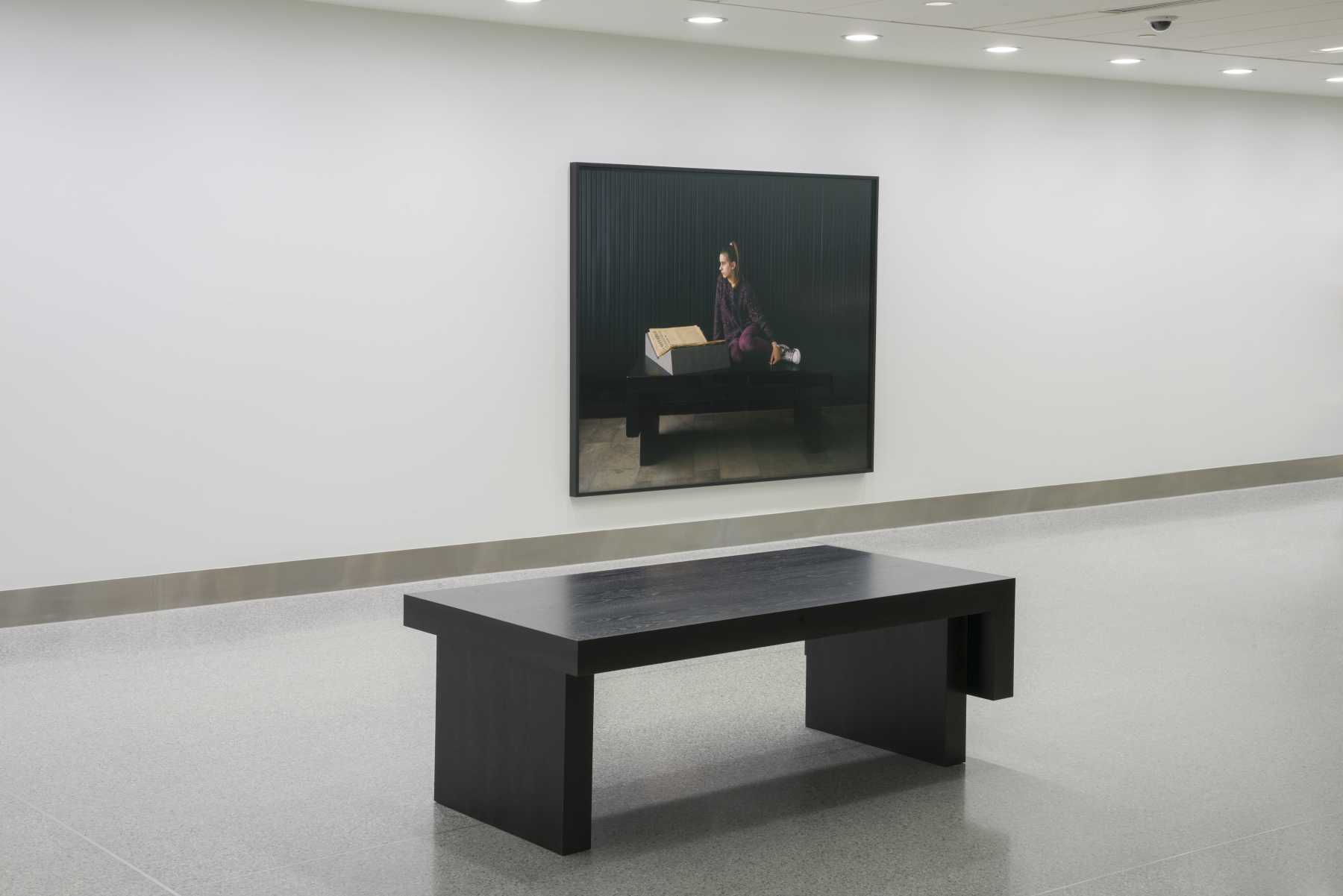 Sharon Lockhart’s film, Rudzienko, was shot over three years in collaboration with the residents of The Youth Centre for Sociotherapy, Rudzienko. Building on a relationship she established in 2009 with a young girl, Milena, who later moved to the center, Lockhart conceived of a series of workshops to empower the young women to find their voice. The group worked together to develop dialog and movements out of their collective activities. The resulting film depicts a mix of conversations, from the philosophical to everyday teenage concerns, and actions both theatrical and mundane voicing the girls’ rich humanity. The Polish language film proposes an innovative approach to the relationship of image to language by offsetting the conversations with their textual translations, creating a space of quiet reflection.

Sharon Lockhart (born 1964) is an American artist whose work considers social subjects primarily through motion film and still photography, often engaging with communities to create work as part of long-term projects. She received her BFA from the San Francisco Art Institute in 1991 and her MFA from Art Center College of Design in 1993. She has been a Radcliffe fellow, a Guggenheim fellow, and a Rockefeller fellow. Her films and photographic work have been widely exhibited at international film festivals and in museums, cultural institutions, and galleries around the world. She was an associate professor at the University of Southern California’s Roski School of Fine Arts, resigning from the school in August 2015 in response to the continued administrative turmoil at Roski to take a position at the California Institute for the Arts. Lockhart lives and works in Los Angeles, California.