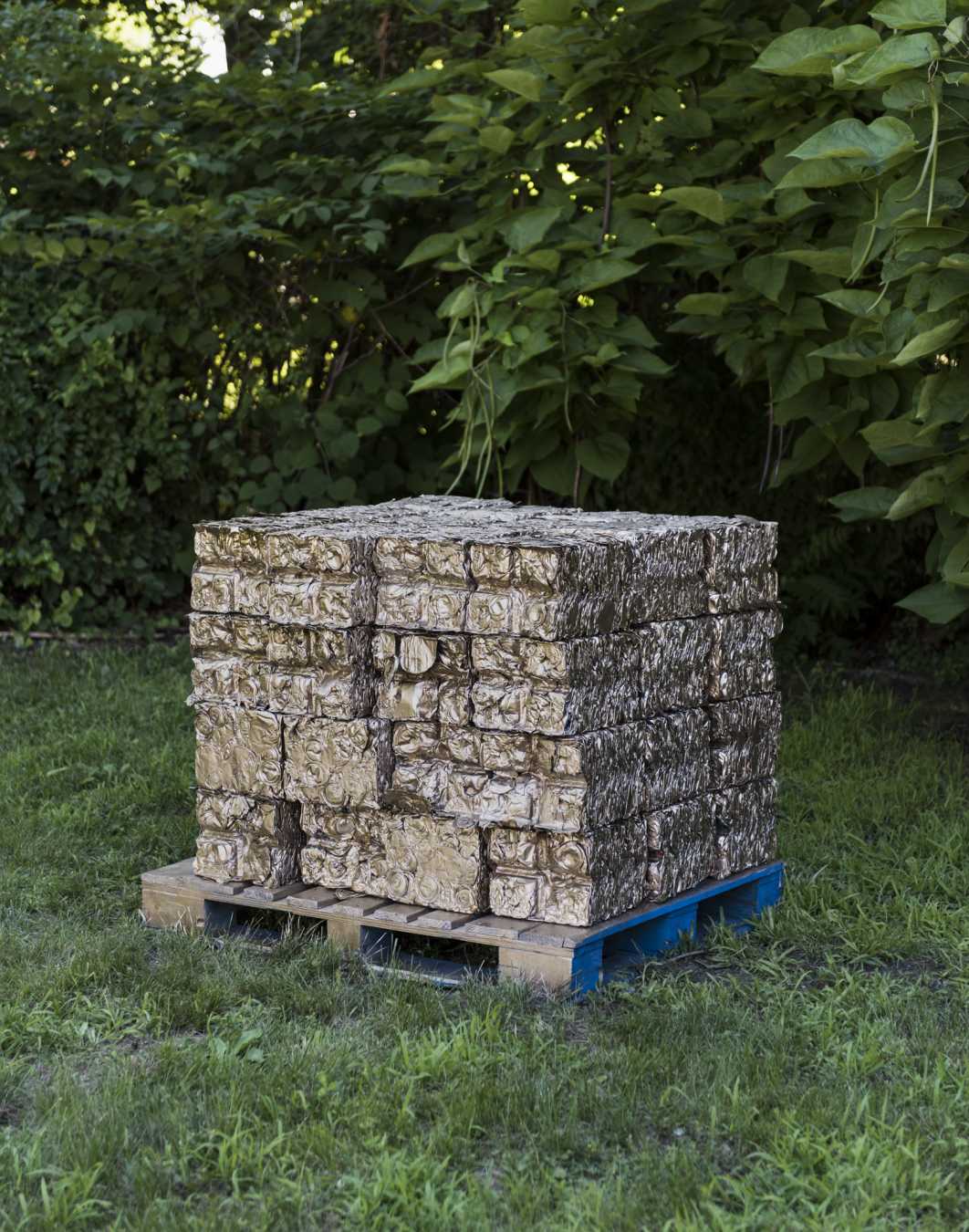 1474 E. 112th Street
On view daily from dawn to dusk in between Cleveland’s eastside neighborhood Glenville.

Dale Goode’s sculptural compositions are culled from materials scavenged from his surroundings. Describing his process, Goode states that “Once I get these substrates built and they’re sturdy enough, I start applying the fabric and different materials—pitchforks, shovels, clothes, shoes, hats, old mop heads I use for hair, sailors’ caps, ice skates, roller skates. I first lay the pieces out before I make them permanent. I position them to where they’re going to look—it’s all spontaneous—and each piece takes on a life of its own.” Working within the improvised sculptural language of bricolage, Goode’s assemblages are then sprayed with thick coats of metallic automotive paint. The transformation of material castoffs into a lustrous golden-toned whole gives the works a “religious-type quality” proclaims Goode. Imbuing creative dignity to found materials and the community in which they were obtained is the conceptual focus driving Goode’s sculptural practice.

Dale Goode (b. 1948) was born in Cleveland, Ohio and has lived his entire life in the city. He has deep connections to his community and the regional art world. A painter, sculptor, and muralist, he has shown his work widely in the Northeastern Ohio area over several decades. The famed boxing promoter, Don King, once commissioned Dale to paint a mural, “Apostles of Peace”, showing the faces of John and Robert Kennedy, Martin Luther King Jr., and Jimmy Carter. His current work, the result of “a 20 year implosion of trial and error in {his} studio laboratory”, reflects what dale feels is his true creative voice. His wall relief sculptures are made of clothing and other items his neighbors have discarded; windows, doors, lengths of picket fence, shoes, skates, umbrellas, hats, mops, shovels….

All of this is composed suggestively and coated with layers of enamel spray paint (often gold or bronze). His work is in many major corporate collections (Progressive Insurance) in the Great Lakes Region as well as the Butler Institute of American Art in Youngstown, Ohio.