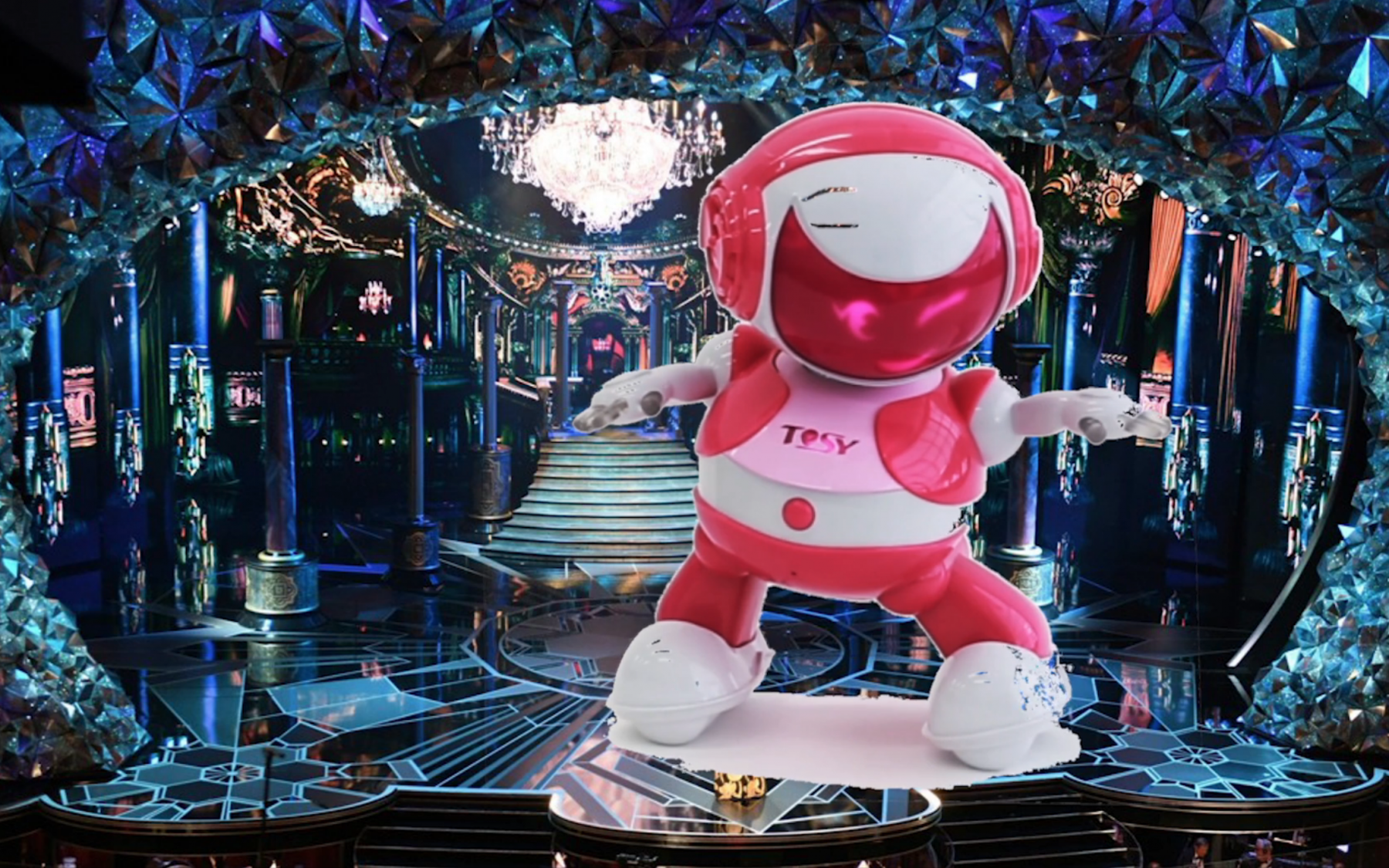 In the work of Kitnick Thurman, ideas of time and timelessness along with place and placelessness collide while questioning notions of production and consumption. In the approximately six-minute long video loop, a club ONLINE VERSION 1 (Tosy), a robotic toy dances across the frame to the Daft Punk song Get Lucky in a single shot while 360 images flash in the background – one per second. Considering the notion of sleep versus non-sleep, the images are mostly nightclub interiors culled from the internet.
The work points to the anywhere/anytime potential of the internet, a place of constant production and extreme consumption.

Framing consumption as a necessary form of production in a capitalist society, and looking at the nightclub as a space where evening transitions to morning, the hypnotizing video loops continuously once started.

The site-specific online work pulls the debris of content production into view and is produced knowing it is destined to become another defunct website.

Kitnick Thurman is comprised of Zak Kitnick and Kyle Thurman.

Zak Kitnick was born in Los Angeles, California in 1984. He lives and works in New York. He received his BA from Bard College and his MFA from the Milton Avery Graduate School of the Arts, Bard College, New York. Solo exhibitions of his work have been held at CLEARING, New York; Rowhouse Project, Baltimore; CLEARING, Brussels; Off Vendome, Düsseldorf and Landings Project Space, Vestfossen. Recent group exhibitions include History of Nothing at White Cube (London); To Do As One Would at David Zwirner (New York) and Tasterʼs Choice at MoMA PS1 (New York). Upcoming solo projects include Carl Kostyl (London) and Ribordy Contemporary (Geneva).

Kyle Thurman was born in West Chester, Pennsylvania in 1986. He lives and works in New York. Thurman received his BA in Film Studies and Visual Arts from Columbia University in 2009. He later studied as a guest student at the Kunstakademie Dusseldorf from 2011 to 2012 and completed his MFA at Bard College in 2015. Solo exhibitions of his work have been held at Off Vendome, New York and Dusseldorf, Office Baroque, Brussels, and Carl Kostyal, London. Upcoming solo projects include CENTRAL FINE, Miami, and Sophie Tappeiner, Vienna.