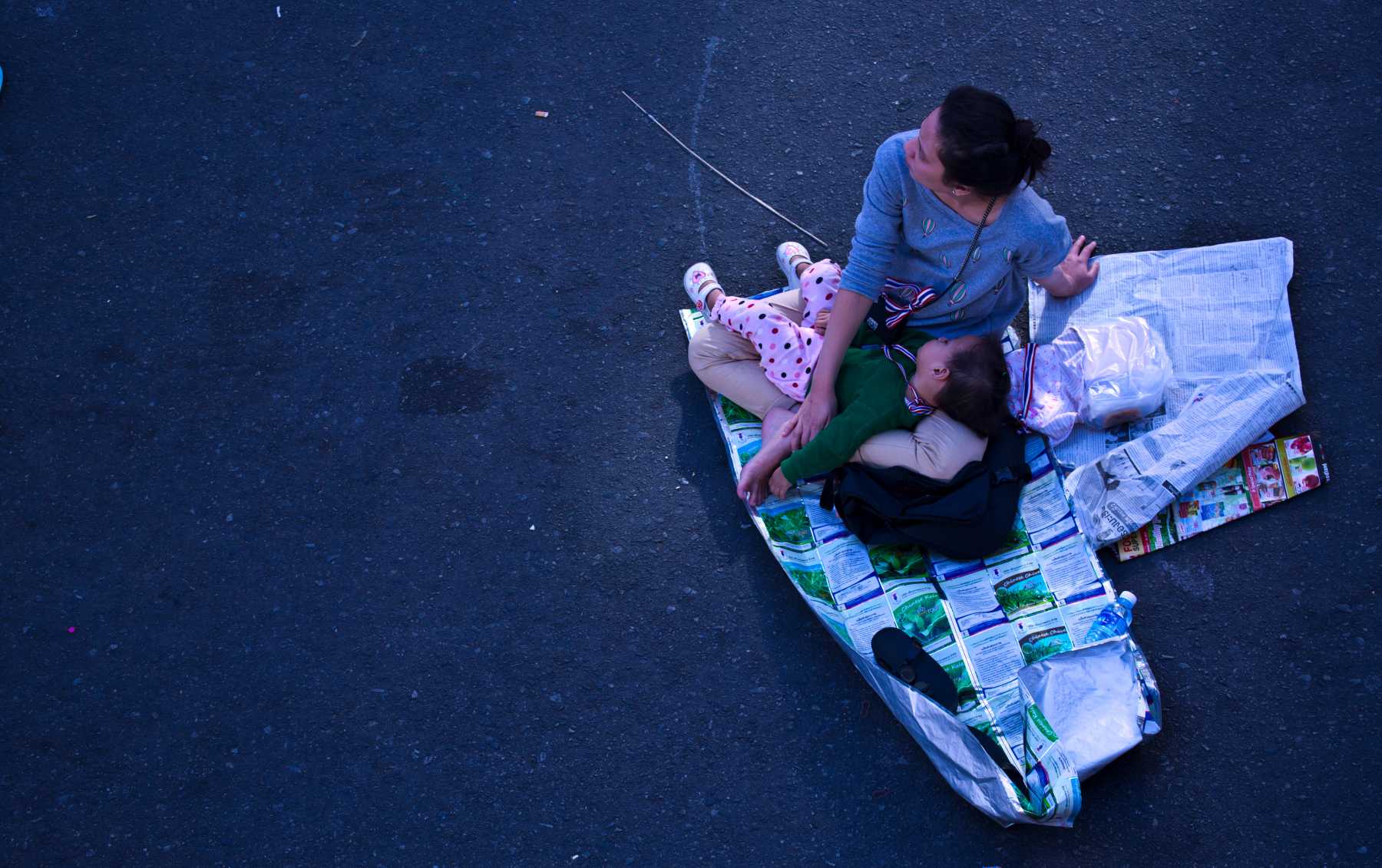 From Minhougeqi Village in Fuzhou, to Menorca in Spain, from Fán Dòng in Shoguan, to the sea of Inchon, from the foot of Dafu Hill, to the Sonoran Desert. Images and reality are constructing a topologic booklet. No scripts, no stories, the light became the protagonist, the landscape became the protagonist.

Here in Fán Dòng, the Hakka people have all moved away from the place where generations of their families lived. Before the execution of the new development, all the villages on this land will soon be buried into continuous muck dunes. On the open grounds, there stocked huge piles of second-hand machines which would be resold in the southeastern countries. Estate investigation teams gathered in different groups, were talking about the potential prices of the land. After passing some huge muck dunes, between two higher muck dunes, the hunters built their sheltered pits and bird traps in the air. They tied a bee to a transparent string as it would lead them to the beehives hidden in the cracks. Fishermen even found a source of fish in the swamp that connects the groundwater. The men and women in the giant ferroconcrete caves on the clouds were still chattering about the bullfrogs from lunch.

From the old man’s complexion lit by natural light, to the crowd bathed in the color of night; from the square stained blue by LED billboards, and the anti-government protestors reveling all night, to the rust and oxidized-green surface of a rural metal mine; movements of these different characters, even a violent squall colliding with a mountainside—these all create a refraction from the skin to the earth’s crust.

Ju and I have resided for nearly a whole year in the area of South Stone, of which appeared to be a distant village completely abandoned by the city, yet maintaining its very own independent system of living. Our perceptive consciousnesses were re-ignited (by the situation of South Stone area), our activities here made hap-pening of improvised scripts, of images, and of body exercises, on the new time path, we are to be the man who plants scenarios.

Born in 1976 in Changsha, China, Zhou Tao received a BFA in oil painting at the Guangzhou Academy of Fine Arts (2001) and an MFA in mixed-media studies (2006). Zhou finds visual and narrative materials for his arresting video works in the places and communities he encounters. He has documented Guangzhou, where he lives and works, as well as New York, Paris, Bangkok, and Barcelona, cities where he has participated in residencies. Moving beyond simply recording, Zhou’s lens seems to gaze at these scenes, often capturing living organisms, natural scenery, and inorganic matter, generating a sense of poetic intimacy through the prolonged act of looking. When exhibited, the videos are often presented together with his drawings and photographs.

In his work, Zhou connects seemingly disparate milieus, turning his attention to oft-ignored sites that exist on the threshold between the natural and the artificial. The visual narratives merge different spatial constructs such as landscapes, the metropolis, constructions sites, parks, public squares, and wastelands. In After Reality (2013), images hurtle from the semi-wild and semi-urbanized zones of Guangzhou’s rural-urban fringe to the highly manicured cityscapes of Paris, while in Blue and Red (2014), the narrative travels between documenting the heavy-metal waste contaminating industrial zones in Shaoguan, China, to a military coup during a smoke-filled riot in Bangkok. Zhou’s seamless montage of scenes from various locations serves as a metaphor for modernity’s spatial multiplicity, an experience and a process that occurs spontaneously and simultaneously in different regions.