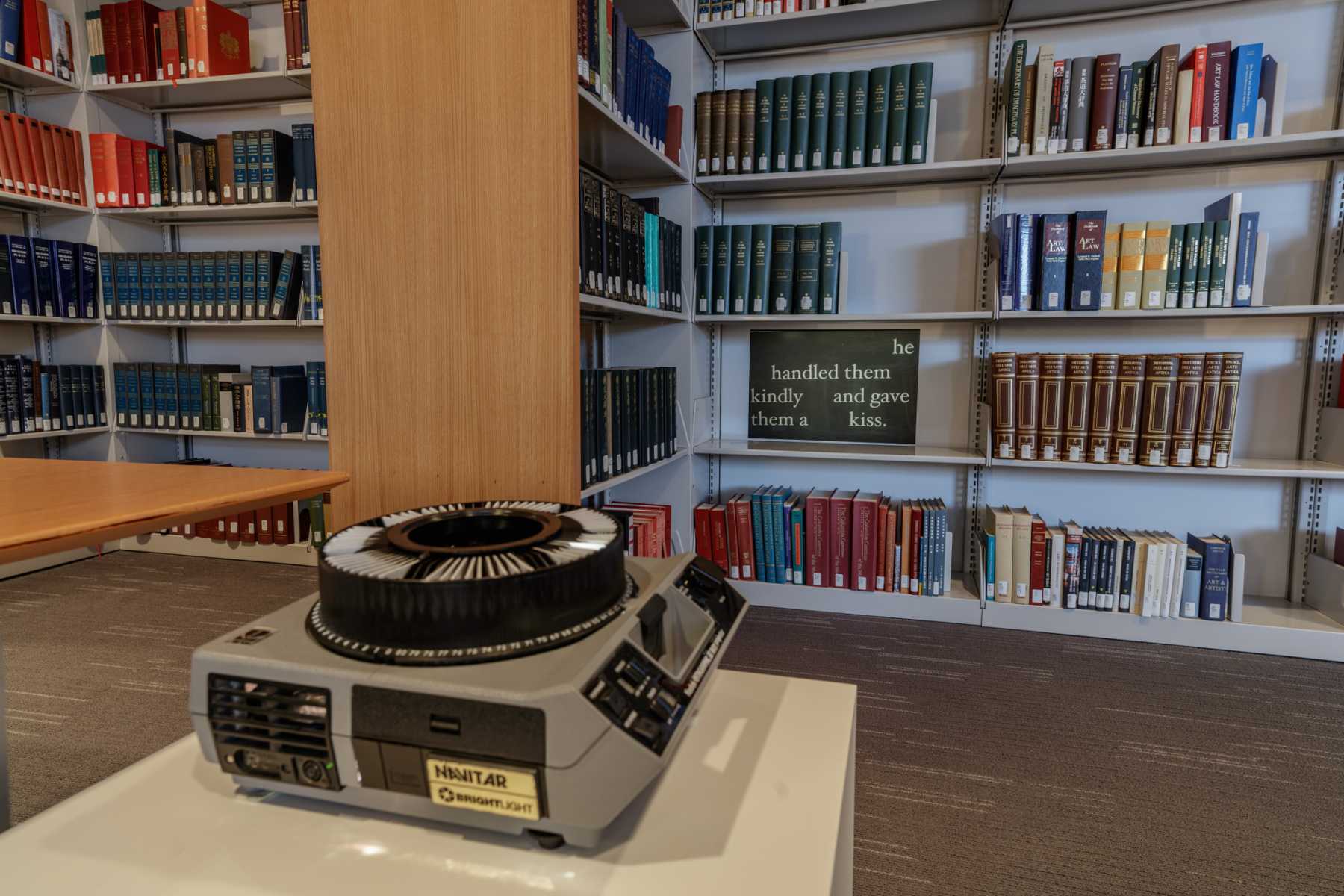 Using slide projectors to display computer-generated imagery, Alex Jovanovich (American, born 1975) balances old and new technologies, which he associates with warmth and cold respectively. Corresponding to their location in Ingalls Library, the trio of slideshows by Jovanovich—who is a writer and editor as well as an artist—also displays an array of text fragments drawn from religious texts and poetry, among other literary sources. Words were central to the conception of the drawing on view as well, partly inspired by the American poet Vachel Lindsay’s poem The Spider and the Ghost of the Fly, a meditation on desire and cruelty. Jovanovich’s installation marks the first time the Ingalls Library is being used to present a contemporary exhibition. “My art is quiet, small, and meditative—no spectacle. Perfect for the space,” says Jovanovich, adding “I do like to think the spectacular is in my presentation, coming to the viewer in a whisper, not a shout.”

Alex Jovanovich is an artist and writer who lives in the Bronx, New York. Recent exhibitions include  at The Suburban in Milwaukee (2016); “Going Home,” curated by David Rimanelli, at 43 Fifth Avenue/Bortolami in New York (2016); “Prologue” at pilot projects in Philadelphia (2016); “Making a Scene: Objects for Performance” at New York’s Museum of Arts and Design (2015); “The Nothing That Is” at the CAM Raleigh (2015); “Inside the Episode,” curated by Jack Pierson, at Launch F18 in New York (2015); and “Tomorrow’s Man,” also curated by Jack Pierson, at Galerie Thaddaeus Ropac in Salzburg and Paris (2014). A selection of his work was featured in the 2014 Whitney Biennial as well. He is an associate editor at Artforum.