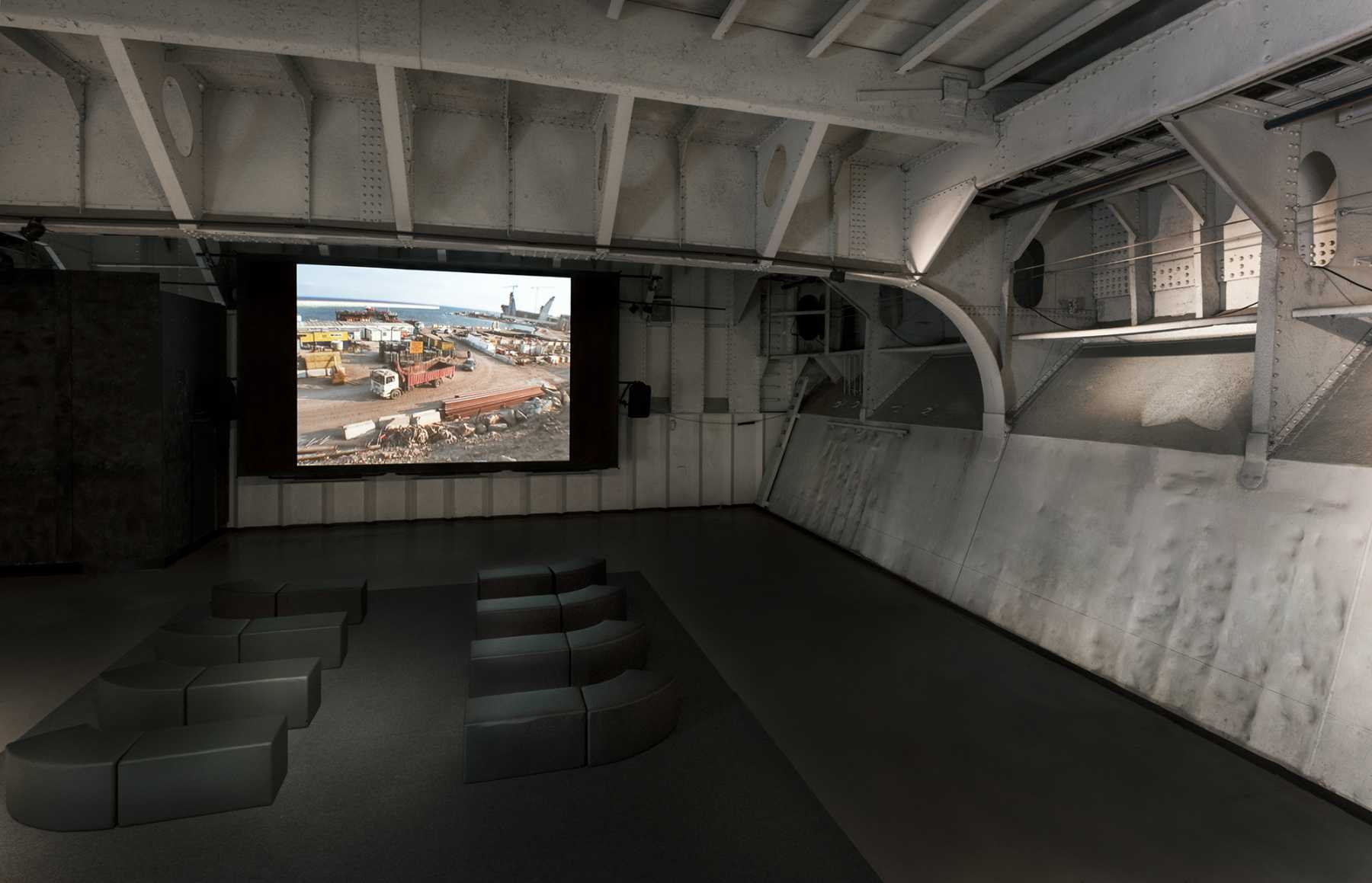 The Lottery of the Sea takes its title from Adam Smith, who, in his famous Inquiry into the Wealth of Nations (1776), compared the life of the seafarer to gambling. Thus, notions of risk were introduced by Smith through an allegory of the sea’s dangers, especially for those who did the hard work, and then secondarily for those who invested in ships and goods.

The film asks: Is there a relationship between the most frightening and terrifying concept in economics, that of risk and the category of the sublime in aesthetics? We know that the sea is a primordial source of sublimity, especially in the 18th century.

Sekula’s film is an offbeat diary extending from the presumably “innocent” summer of 2001 through to the current “war on terror,” all by way of a meandering, essayistic voyage from seaport to seaport, waterfront to waterfront, coast to coast.

Allan Sekula is a renowned photographer, theorist, historian of photography, and writer. His work is concerned with the consequences of the economic changes arising from globalization and questions the function of documentary photography in the media, in art, and in society. Sekula has a unique, intelligent, and formally rigorous perspective toward the tradition of social or critical realism, a photographic lineage that stretches back to Lewis Hine. Often depicting labor within the workplace, he has developed a visual language, which describes people both in their individuality and in a more human condition.