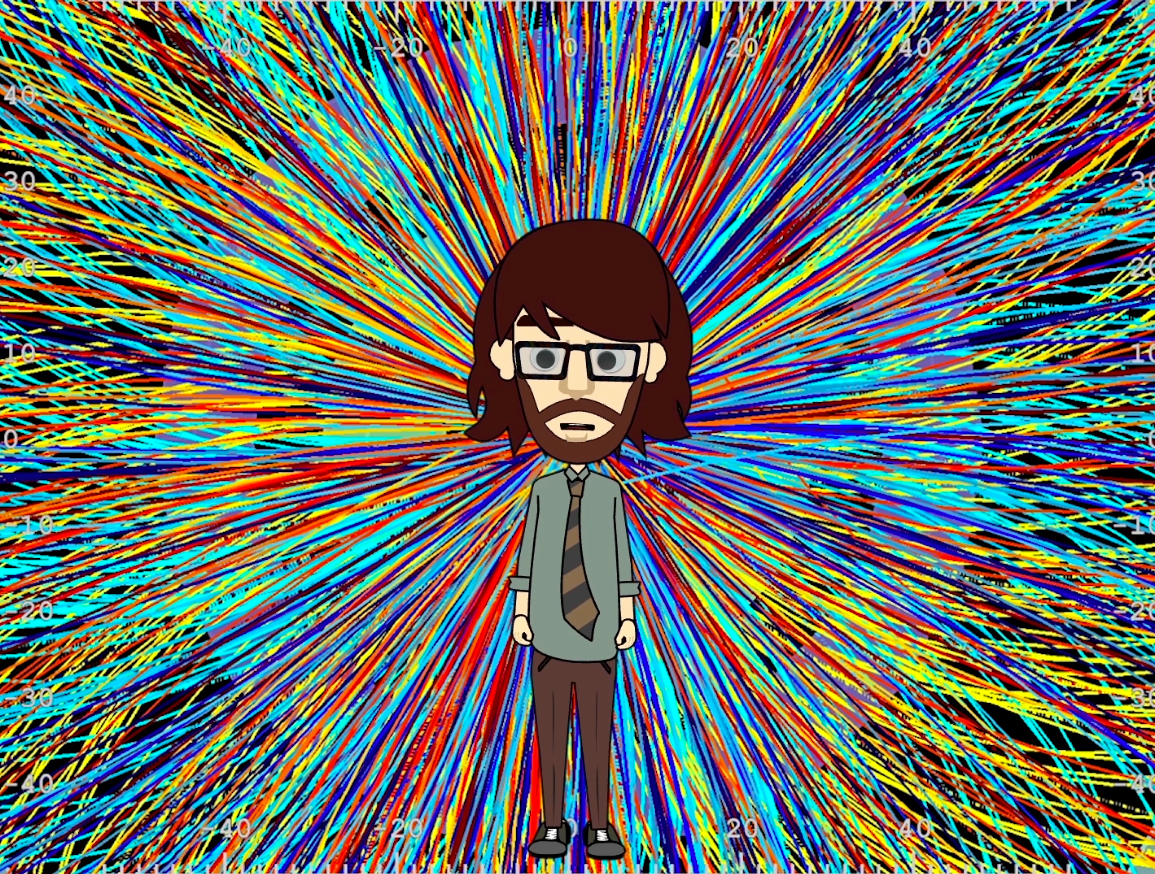 This film is a collaboration with the artists’ ornithologist father Peter Holden. It was developed as a performance over five years, and then through two years of further research and travel adapted into a film as a centre piece of the exhibition Natural Selection that father and son staged together around the UK in 2017-18. The work looks at birds nests in detail; the father with a scientific, expert eye, and his artist son as if it is a sculptural, poetic object, the two voices locked in conversation over these common objects. The film takes an educational tone, taking the viewer on a detailed study of nest building, through materials and forms, but gradually reveals itself to also be about the relationship between father and son, and what knowledge is genetic and innate, and what is learnt or developed as an individual.

The Opposite of Time: A Social History of Egg Collecting, 2017

This film, narrated by a CGI crow with the voice of the artist, takes the viewer through an obscure and previously undocumented history of egg collecting. It starts with the gentlemen, aristocratic collectors and early scientific discoveries, to egg collecting becoming a common pass-time, until it was criminalised in 1954. After this is was driven underground, it became an illegal activity, ending up with a number of collectors going to jail, and one falling to his death. The film talks about obsession, but also our changing relation to the countryside over the past 150 years, as well as giving a sweeping view of the class system in England and notions of the sublime. The backdrops are compiled from a chronological history of landscape painting, hinting at a connection with art-history and exploring the way the countryside is represented in painting.

Laws of Motion in a Cartoon Landscape is the result of five years work and contains a full realised animated theory proposing the world is best now understood as a cartoon.  The film examines the formation of ‘laws’ within cartoons as a way of making sense of the world we are now within, a space where anything could potentially happen.  Made from hundreds of cartoons clips the work adopts a part-lecture, part-documentary, part-conspiracy theory tone, with the artist rendered as a cartoon avatar in order to narrate his theory. Laws such as “Everything falls faster than an anvil” are mixed with Greek myths, philosophy, politics, physics and the history of animation to create an hour long exploration of the world as an irrational space where anything can happen, yet certain things reoccur, and a new set of Laws have formed.

Exhibited for the first time in America are a series of three new animated films. Each take one aspect of the ‘Cartoon Landscape’ and explores it further, with the artist as cartoon avatar at the centre of a depopulated cartoon world.

In Episode I: Prelude we see the cartoon avatar of the artist walking through backgrounds from Roadrunner cartoons, avoiding traps set by Wile E Coyote. The text is fragments from Wordsworth’s poem, Prelude (1798-99), written about the Lake District, England, and reflecting back on the poets life. Here the Lake District is now a desert and the poet a cartoon, and an analogy is set up between the impossibility of transcendence or oneness with nature that Wordsworth describes, and the cartoon figure, who seems like a ‘last-man’, unable to access cartoon motion and instead bound to earthly, Newtonian principles.  In the background are billboards with allusive headlines from the website Buzzfeed, which try to boil things down to an essence in the form of a list, such as “10 Things You Have Been Doing Wrong This Whole Time”.

Episode III: I Wouldn’t Dream of It, is set in empty houses from episodes of Scooby Doo. The text, as voice over, loosely in the style of a computer game walk-through video, is from Freud’s masterpiece, The Interpretation of Dreams (1899). In this book Freud attempts to put a logical system of interpretation onto the previously considered illogical and amorphous space of dreams. Through various techniques of association and transference Freud shows how dreams can reveal our unconscious wishes. The video sets up a parallel between Freud’s attempt to interpret dreams through rules and laws with the use of rules in Laws of Motion in a Cartoon Landscape to interpret the seemingly illogical world of the Cartoon. The Artist, dressed as Shaggy, is here not solving a mystery but attempting to interpret a dream, which is a cartoon.  Other bits of dialogue in the film are from a tape recorder placed on Holden’s pillow and used to record snippets of dialogue of a conversation around a dream involving a house which gets confused with reality.

Episode IV: What a Time to Be Alive  This animated work is set in the real word, a montage of clips from 2016 taken from viral videos and memorable images encountered on websites such as Reddit, Imgur and Buzzfeed. This takes Holden’s idea that 2016 was the end of one epoch and the start of a new era, in which the world is now a cartoon.  The year saw a huge political shift in the West, and the idea we are now living in a world of Post-truth began to take hold after various campaigns were run on what seemed to clearly be fictitious principles. Figures like Donald Trump seem like cartoon character’s, a type of Elmer Fudd, and inventions such as the Google Data Centre have transformed the speed at which the world moves, accelerating it to the pace of a chase sequence in a Tex Avery film.  This work is more like a music video or montage, with Holden’s avatar looking on, detached from the events that are taking place around him.

Andy Holden (b. 1982) lives and works in Bedfordshire, UK. He graduated from Goldsmiths (London) in 2005. He first came to the attention of a large public in 2010 for his ‘Pyramid Piece’ and ‘Return of the Pyramid Piece’, exhibited in the Art Now series at Tate Britain. In 2011, he was mentioned by Turner Prize winner Mark Leckey as his own inspirational artist.

Holden is both a multi-media artist and a musician whose body of work is varied and spans across different techniques. Indeed, his artistic output is influenced by the dialogue and synergy between the different facets of his practice: he works with plaster, bronze, ceramics, found objects and images, household paint and printmaking, video, sound and performance.

Some of the recurring themes in his work are history, memory, nostalgia and philosophical enquiry. In apparent disaccord with the universality and urgency of these issues, Holden’s explorations often take the form of repurposed everyday techniques – such as knitting – or ‘entities’ – such as the beloved cartoon characters of our childhood. One of the most challenging traits of Holden’s practice is the dichotomy between the childlike gaze with which the world is examined and the simultaneous awareness of life’s periodic bleakness. Andy Holden’s interest in childhood and notions of play in relation to art stems from his investigation on how we experience objects in the world: this also leads him to probe the relationship between artifact and artifice, authentic and fake, as well as to experiments with scale. Indeed, the action of casting a fresh gaze on an object is central to Holden’s practice: be it that of a child, of a tourist or that triggered by a change of proportions. This is also related to the artist’s interest in cartoons, which derives from his conviction that by studying them, one might be able to extrapolate a methodology to help understanding our world after the end of history.