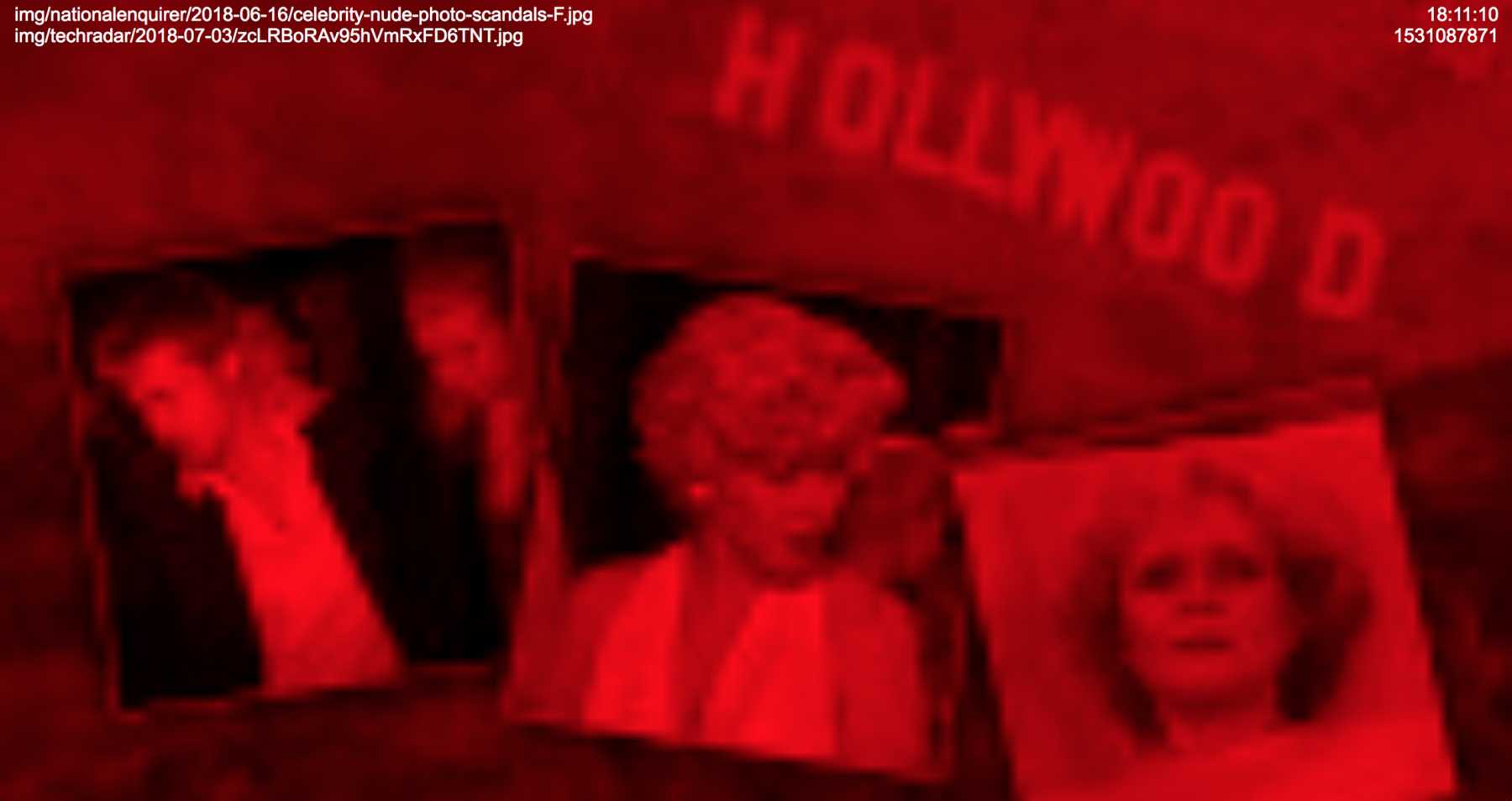 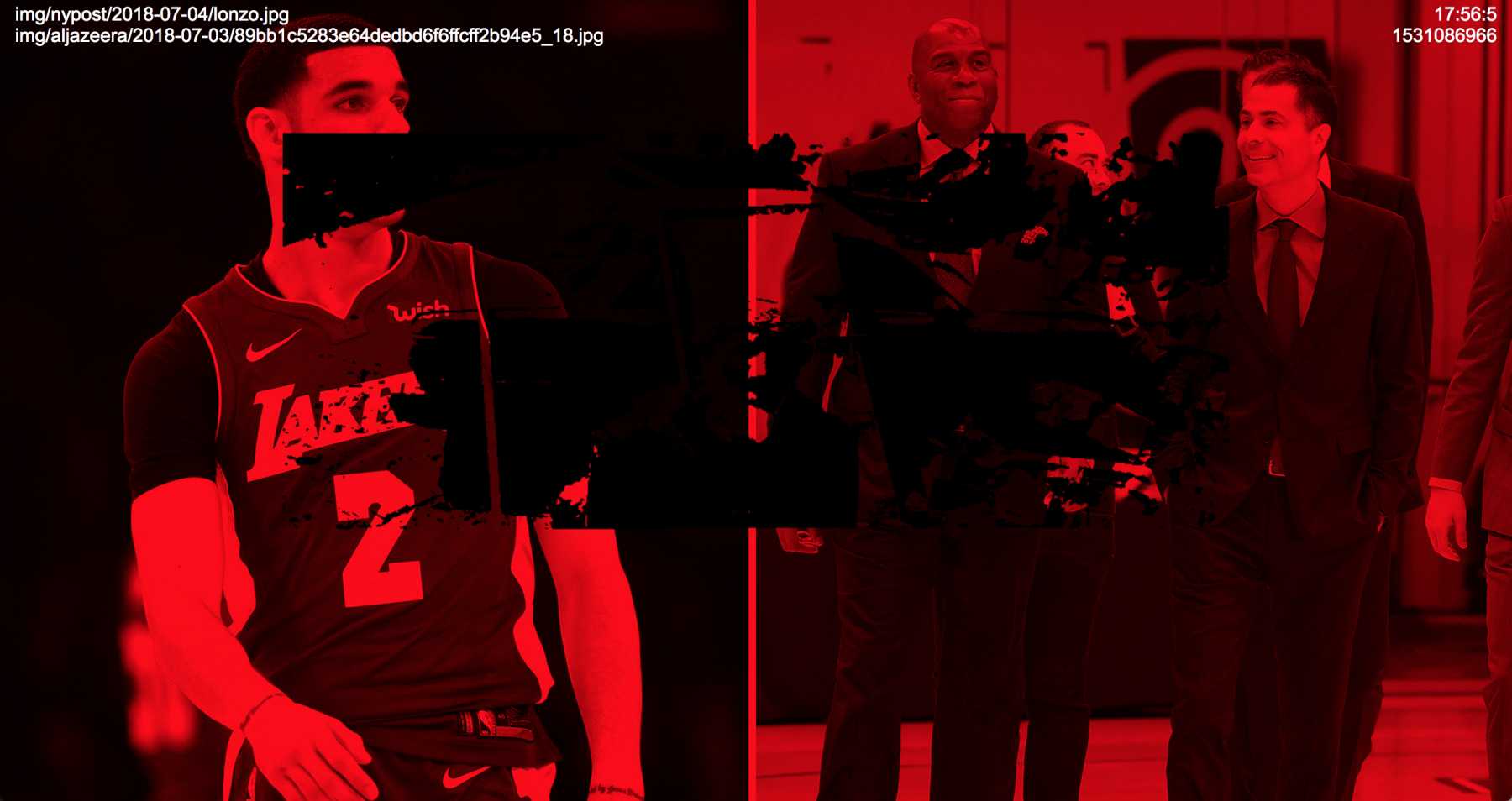 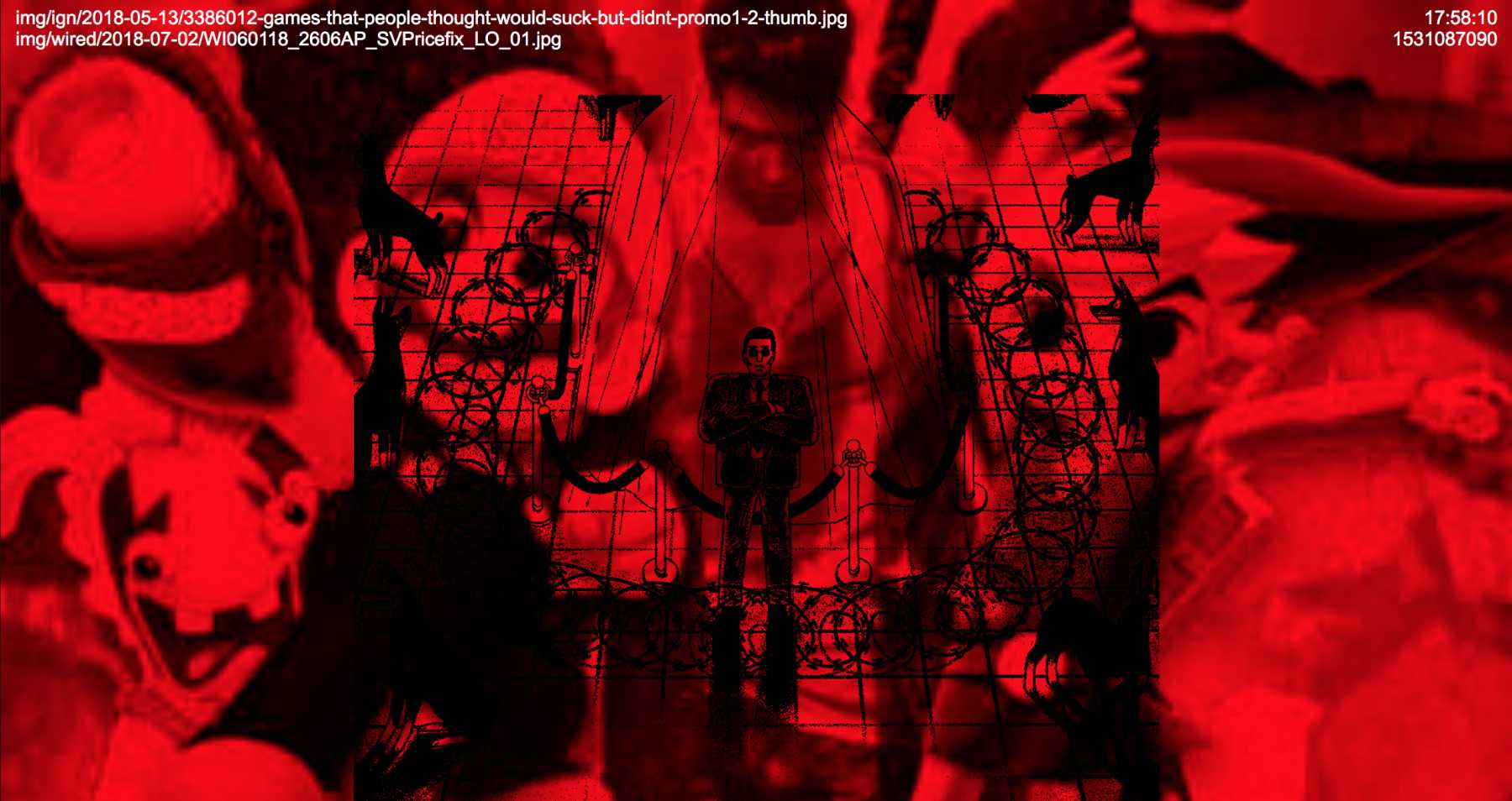 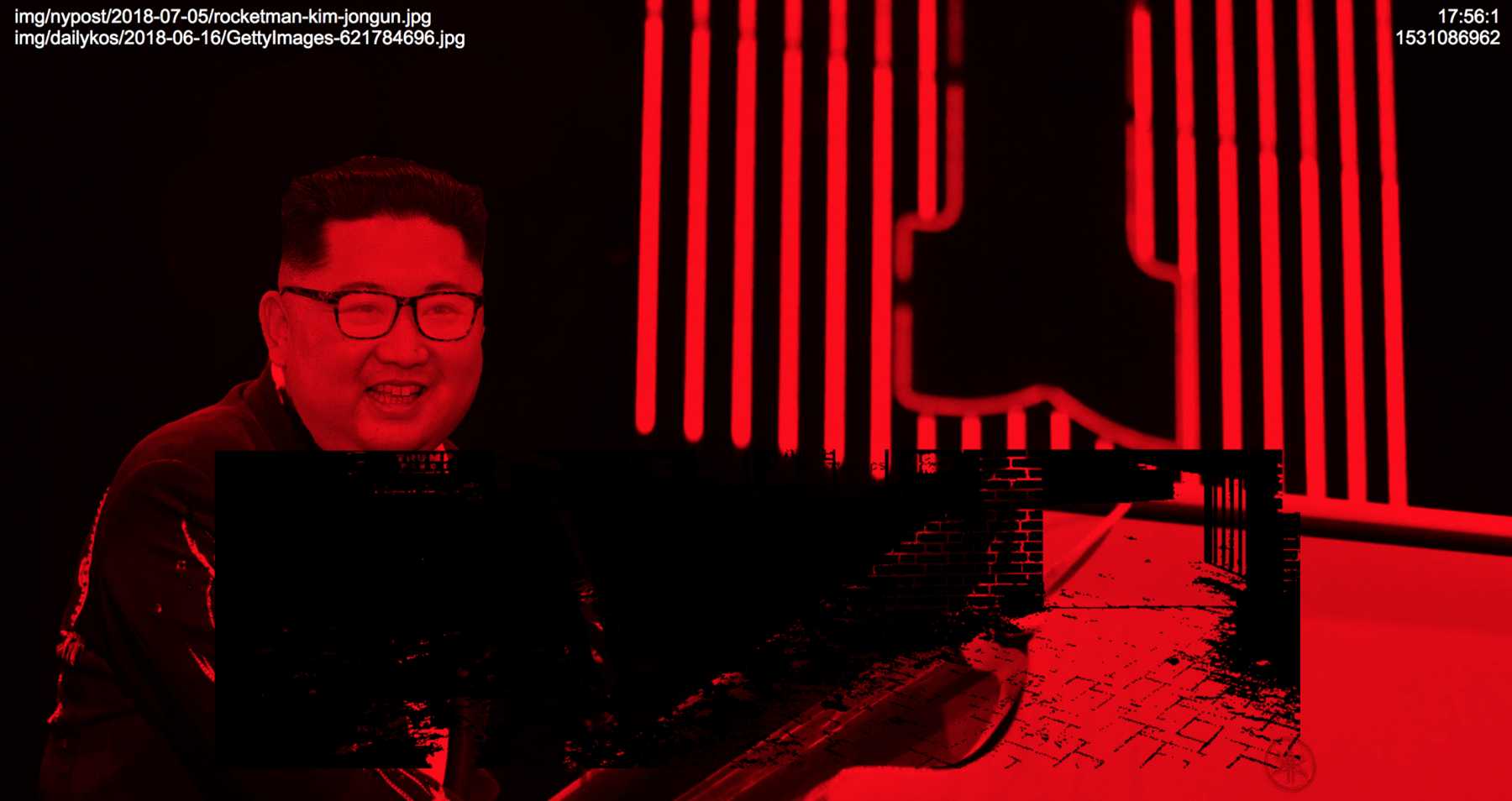 Sun Scraper is an online image archive that scrapes data from 38 news and consumer websites from around the world. New data is actively captured and archived every hour on an ongoing basis. The public facing side of the site displays images from the archive at random as two separate layers. The speed with which the images load in the viewport is in relation to the sizes of the original files being culled. The corresponding file names and their paths are displayed in the upper left. A timestamp is displayed using both military time and a unix timestamp. The timestamp is specific to the exact time and location of each unique visitor to the site.

Chris Dorland (b.1978, Montreal) is a New York based artist working in video, digital painting and immersive installation. His work examines our increasingly frenetic and invasive relationship to information and consumption caused by digital technologies.

Dorland is represented by Lyles & King in NY and Super Dakota in Brussels. He is Director-at-Large at Magenta Plains. Dorland is the recipient of numerous awards including The Pollock-Krasner Foundation Grant, The Rema Hort Mann Foundation Emerging Artist Grant as well as the Canada Council for the Arts. Dorland is an alumni of the Art & Law Program Residency and the Sharpe-Walentas Studio Program. His work is in the collection of the Whitney Museum, The Bronx Museum, The Neuberger Museum.