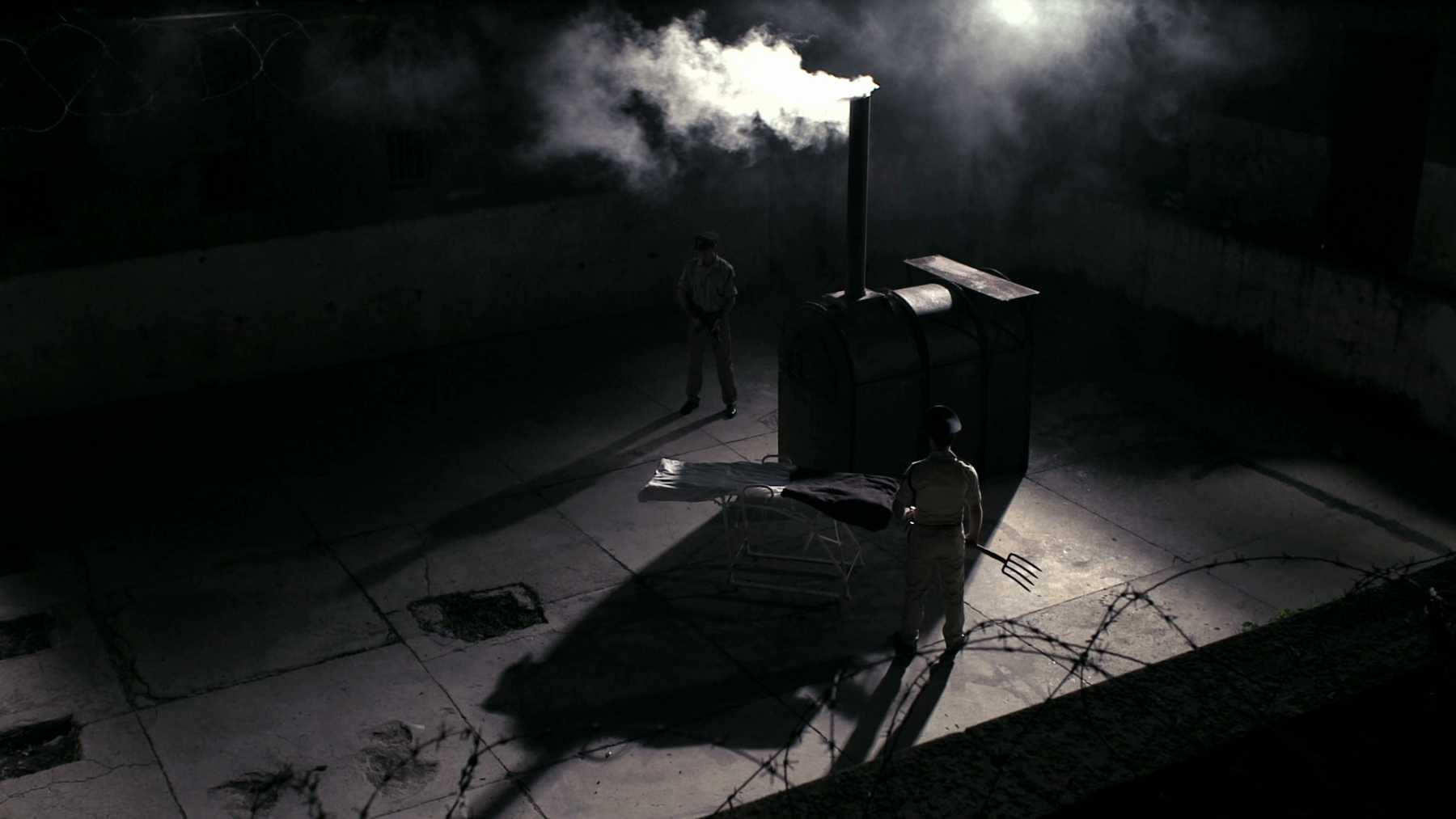 Through the use of cinematic techniques and documentary materials Gal reconstructs historical events that have fallen prey to oblivion or narrative aspects that yet haven‘t been illuminated. The artist attempts to hold a keen awareness of the problematic nature of any re-creation of real events and the process of inclusion and exclusion that goes into reimagining the past. The films examine perceptions and interpretations of history and explore the way history and memory hover between fact and fiction. When screened in sequence, the three films become a trilogy that explores the complex relationship between victims and perpetrators on a collective and personal level, and their possibility to switch roles.

A re-enactment of the night Adolf Eichmann was executed by Israeli policemen who later disposed his ashes into the sea. The film is based on an interview with Michael Goldman, a holocaust survivor and a police officer who was in charge of the operation in 1962.

A fictionalized account of Simon Wiesenthal and Albert Speer’s meeting in the 1970’s where the dialogue is based on the letters the two exchanged. Despite their profoundly contrasting personal histories, they shared common interests. They pursued their unlikely friendship despite controversy and occasionally visited each other. The story was, again, a meditation on how historical events are recalled, recorded, and distorted.

On August 16, 1933 Arthur Ruppin wrote the following entry in his diary: Through Dr. Georg Landauer I travelled to Jena on August 3rd to meet Prof. Hans F.K. Günther, the founder of National-Socialist race theory. The conversation lasted two hours. Günther was most congenial but refused to accept credit for coining the Aryan-concept, and agreed with me that the Jews are not inferior but different, and that the Jewish Question has to be solved justly. The film revolves around the complex character of Arthur Ruppin (1876-1943), one of the founders of the Zionist Settlement who promoted coexistence with the Palestinians before the establishment of the state of Israel. Ruppin was also an enthusiastic researcher of the science of race, which explains his motive in paying a visit to Hans F.K. Günther (1891-1968), the German race researcher and eugenicist who later became a major influence on the National Socialist racial thought. The film shows Ruppin as he is visits Weissenhof Estate, a neighborhood in Stuttgart famous for its modern architecture style, and experiences flashbacks which reflect his views. The monologues and dialogues are based mainly on Ruppin’s diaries.

Support for Dani Gal is made possible in part by the Goethe-Institut Chicago.