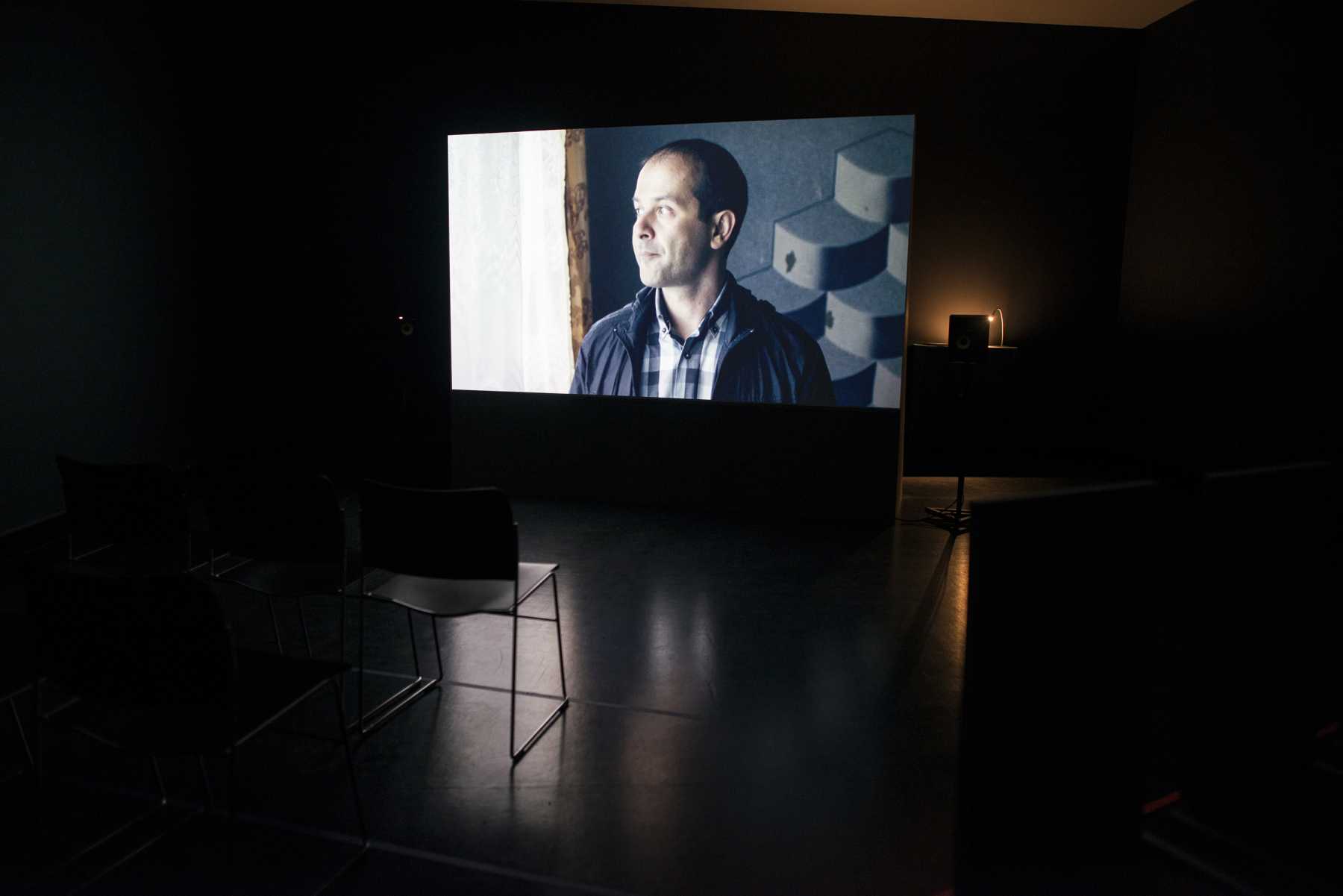 Also Known as Jihadi is a possible story of a man recounted via the places he passed through, as well as excerpts from documents: police interrogations, wire-tappings, surveillance… Turning the camera 180 degrees to follow a path, by filming not the subject of the film but rather what the subject saw. The clinic where he was born in Vitry, the social housing where he lived growing up, his high school, university, work place, and then his departure for Egypt, Turkey and finally the road to Aleppo, where he joined the al Nusra Front in 2012.

A judiciary chronicle that progressively becomes a genre film, a slow-paced thriller where the viewer, faced with the incomprehensible, accepts feeling troubled, knowing—both intuitively and humanly—that the incomprehensible must have its own reasons.

Eric Baudelaire (b.1973, Salt-Lake-City) lives and works in Paris, France. After training as a social scientist, Baudelaire established himself as a visual artist with a practice incorporating photography, printmaking and video, often focused on social and historical research, which he sees as an extension of his earlier work in political science. Since 2010, he has devoted himself more seriously to feature filmmaking. His films Also Known As Jihadi (2017), Letters to Max (2014), The Ugly One (2013) and The Anabasis of May and Fusako Shigenobu, Masao Adachi, and 27 Years Without Images (2011) have circulated widely in film festivals (FID Marseille, Locarno, Toronto, New York and Rotterdam film festivals). Baudelaire also integrates his films into broad exhibition projects incorporating prints, performance, publications, public programs and screenings, such as APRÈS at the Centre Pompidou, Paris, and The Secession Sessions at Kadist / Berkeley Art Museum, Bétonsalon, Paris, and Bergen Kunsthall. Baudelaire has had monographic exhibitions at the Witte de With, Rotterdam, the Fridericianum, Kassel, the Beirut Art Center, Gasworks, London, and the Hammer Museum in Los Angeles, and has participated in the 2017 Whitney Biennale, Sharjah Biennials 12 and 13, and the 2014 Yokohama Triennale. His work is in the collections of the Museum of Modern Art and the Whitney Museum of American Art in New York, the Reina Sofia Museum in Madrid, the MACBA in Barcelona, the Centre Pompidou in Paris, and M+ in Hong Kong.