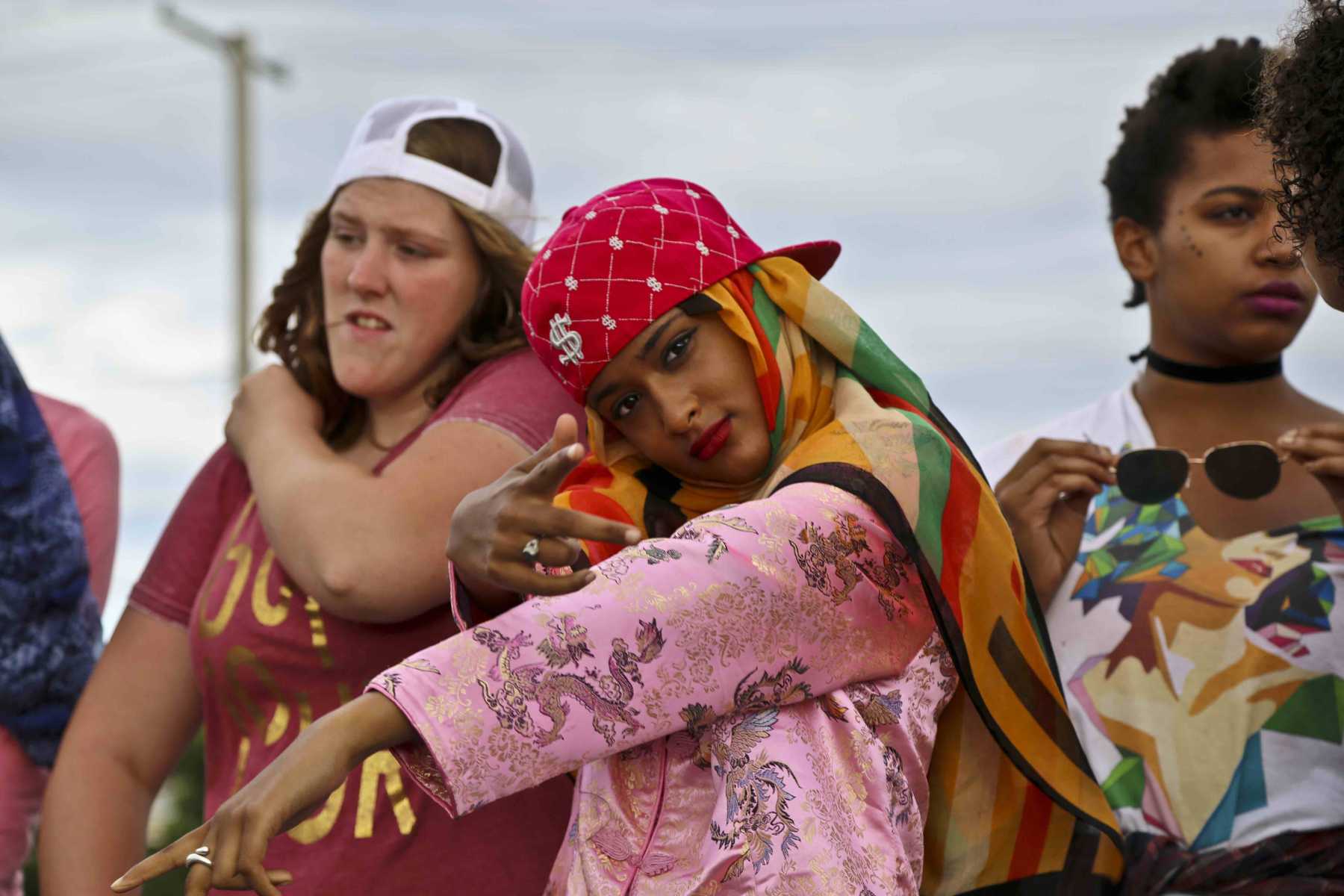 All Small Bodies is a feminist, sci-fi take on the Grimm tale of Hansel and Gretel. It occurs in the distant future among the ruins of a planetary catastrophe, revealing the abuses of history and technology. In the wake of the chaotic aftermath, there are several resilient survivors including two young girls named Z and Bub. All Small Bodies follows these curious adolescents who have long been lost and alone in the haunted, other-worldly woods, as they awaken their extrasensory abilities and reclaim their autonomy from a menacing dark presence.

Feminist Horror fever dream. A lone woman (Angelica Ross) marks her trail and sheds some excess baggage along the way. A fresh take on the modern Western.

Crystal Lake is about a group of young girls who take over a skate park, forming an all-female force field on the half pipe. There on the reclaimed ramp, with no boys around, they are thriving and visible. This is an anthem for young feminists, which presents female friendship as a means to survive adolescence. EVERY GRRRL-SHAPED BREATH IS A BATTLE CRY.

Lola, 15 is the first film in an upcoming series called LET ME GET WHAT I WANT THIS TIME. It’s a short, formal documentary which intimately observes the sacred spaces of a fifteen year old girl named Lola. The larger series will examine many more of these spaces across a wide range of race, class, location and culture.

The painful process of shedding adolescence is actualized in this highly curated interior–a sanctuary and visible elegy to childhood. Through languid drifts across the details of Lola’s bedroom, a secret language is revealed.

Jennifer Reeder constructs personal fiction films about relationships, trauma and coping. Her award-winning narratives are innovative and borrow from a range of forms including after school specials, amateur music videos and magical realism. These films have been shown consistently around the world, including the Sundance Film Festival, The Berlin Film Festival, The Rotterdam Film Festival, The London Film Festival, SXSW, The Venice Biennale and The Whitney Biennial.  Her awards include several that have qualified her films for Oscar nomination. She won a Creative Capital Grant in Moving Image in 2015, short film funding from Rooftop/ Adrienne Shelly Foundation in 2016 and short film funding from the Hamburg Film Fund in 2016.