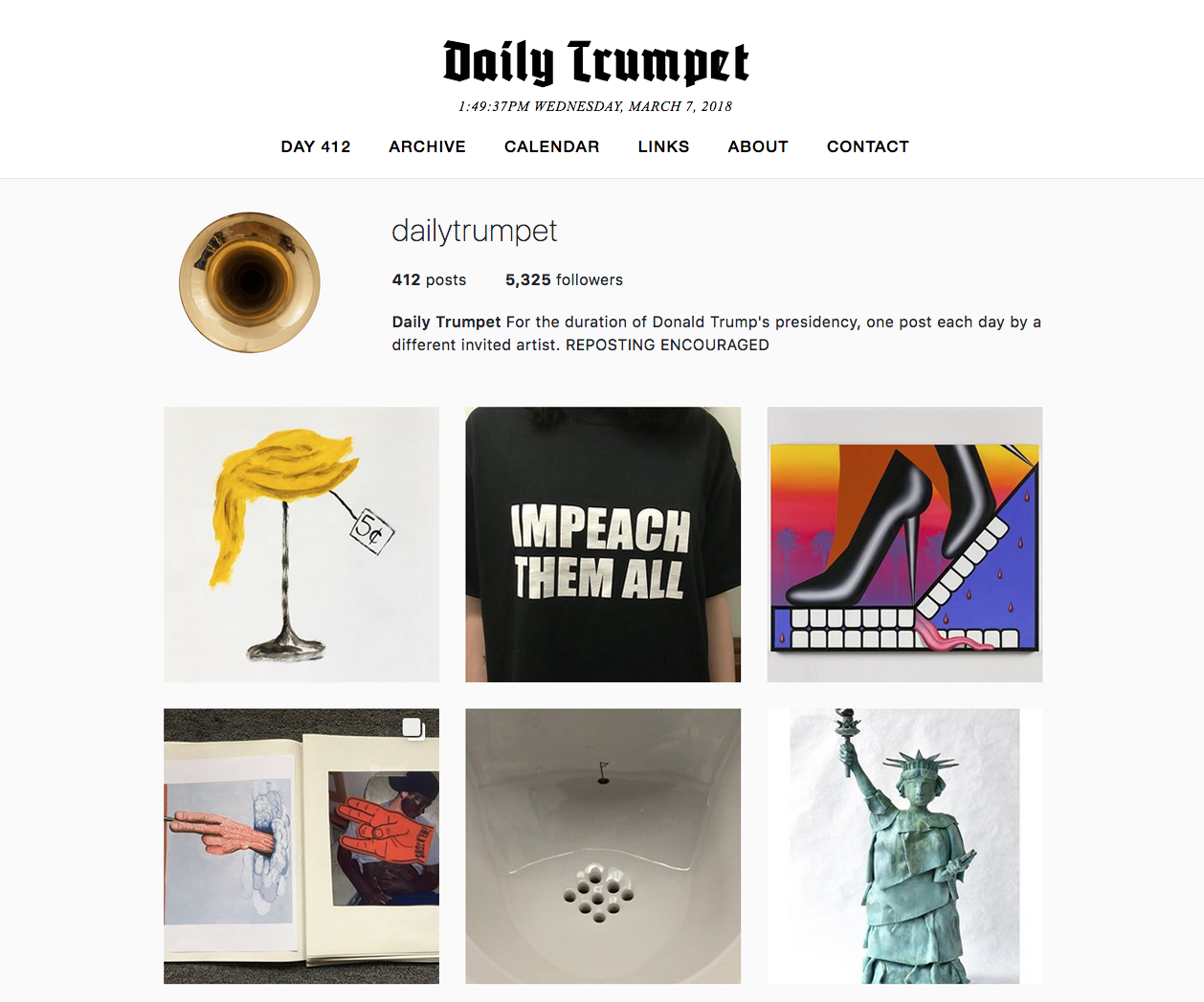 Daily Trumpet (@dailytrumpet) is an Instagram project organized by Jonathan Horowitz that started on January 20, 2017, the first day of Donald Trump’s presidency. Invited artists are asked to send in images, still or moving, that address the erosion of democratic values and rise of intolerance taking hold in America and around the globe in the wake of Trump’s election. Each day there is a single, new post, always by a different artist. For Digital Infinity, Horowitz has created a website for the project, which includes a link to the Instagram account and a calendar of significant political events, such as demonstrations and elections.

Since the early 1990s, Jonathan Horowitz has made art that combines the imagery and ambivalence of Pop art with the engaged criticality of conceptualism. Often based in both popular commercial and art historical sources, his work in video, painting, sculpture and photography examines the deep-seated links between consumerism and political consciousness, as well as the political silences of postwar art. Recent painting projects have explored the personal psychology of mark making, at times, prominently employing the hands of others.