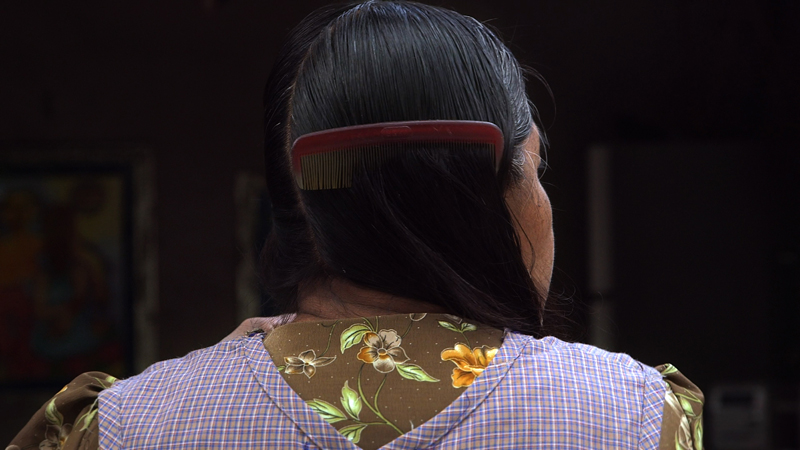 Laura Huertas Millán (1983) is a French-Colombian artist and filmmaker.

A graduate of the Fine Arts School of Paris and Le Fresnoy, Studio national des arts contemporains, she holds an art practise-based PhD on “ethnographic fictions” from the Ecole Normale Supérieure Rue d’Ulm and the Beaux-Arts de Paris. In 2014, she was a visiting fellow at the Sensory Ethnography Lab. Between 2014 and 2017,she was a fellow at the Film Study Center at Harvard University.

Her films circulate in both art and cinema venues. Sol Negro (2016), her latest film, was awarded at FIDMarseille (France), Doclisboa (Portugal) and Fronteira Film Festival (Brazil). It was screened in festivals such as the Cartagena Film Festival (Colombia), the Torino Film Festival (Italy), FICUNAM(Mexico) and Neighboring Scenes (new Latin american cinema) at the Film Society of Lincoln Center in New York.

Among her exhibitions and other screenings: “Disappearing operations” (solo) at the Laboratoires d’Aubervilliers, Beaux-Arts de Paris and Le Méliès cinema(2016); “Ethnographic fiction” (solo) at the Museum of Modern Art in Medellin (Colombia, 2016); “Entre Caníbales” at the Instituto de Vision Gallery (Colombia, 2016); “A Decolonial Atlas” at the Vincent Price Museum in Los Angeles (2016); “Tropical Uncanny” at the Guggenheim Museum in New York (2014); And the 18th Videobrasil Festival at SESC Sao Paulo (Brazil) where she was the recipient of a Resartis residency Prize. In 2017, she was also awarded the Hauts de Seine Prize at the Salon de Montrouge in France.