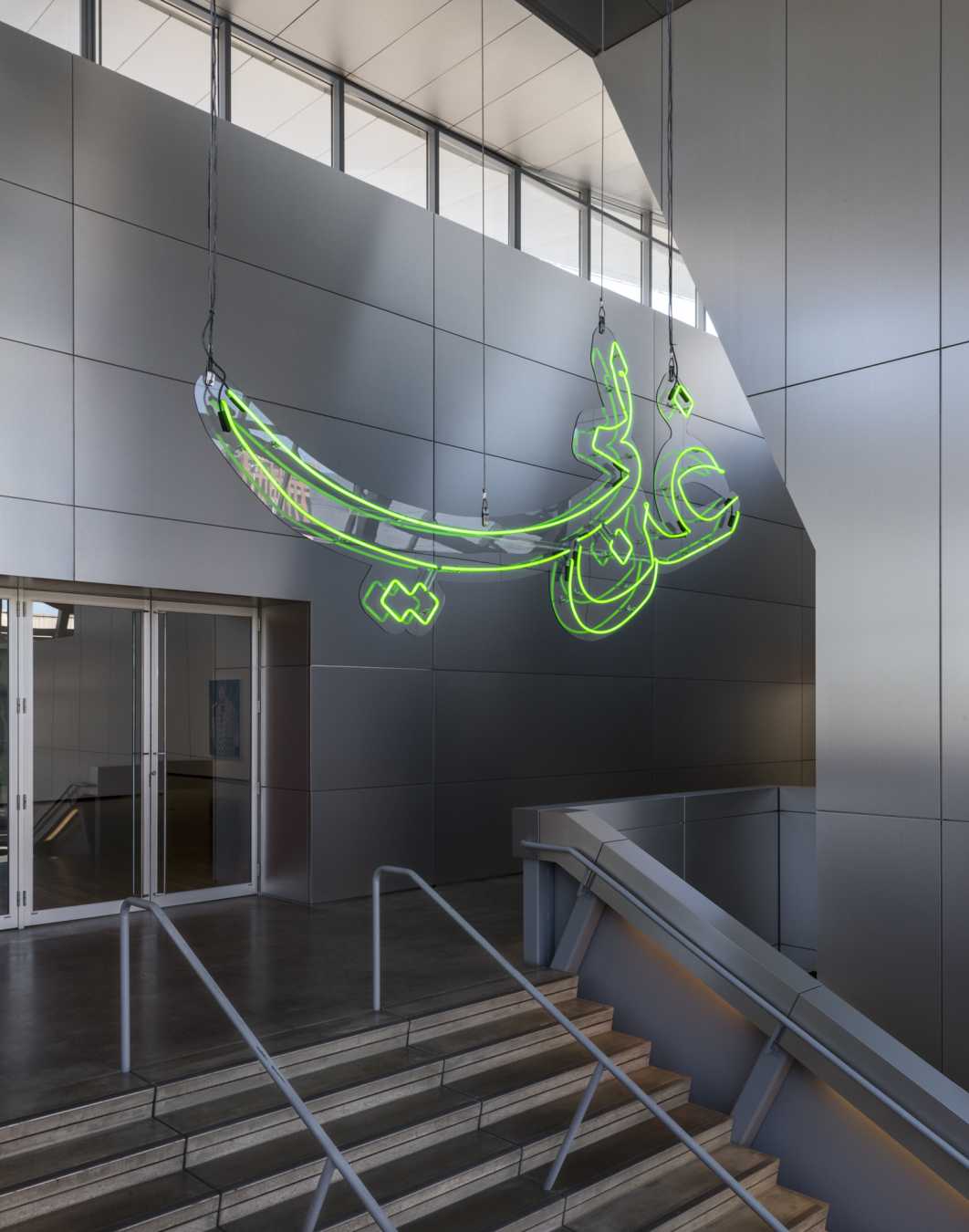 
Nasser Al-Salem’s work is essentially the Arabic written word, therefore he is first and foremost a calligrapher. His practice pushes the boundaries of this age-old Islamic art by re-inventing it in non-conventional mixed media forms and by exploring its conceptual potential.

Nasser Al-Salem was born in the Holy City of Mecca in 1984. His family’s trade was tent-making and their business was located in the ‘first belt’ around the Haram Al-Sharif, and so Al-Salem spent the majority of his childhood within sight of the holy Ka’ba, helping his family sell tents to the myriad of pilgrims who came for Hajj.

He became interested in calligraphy from an early age and his parents signed him up for calligraphy classes, which took place every Friday in the Haram Al-Sharif itself. However, as calligraphy is not accepted as a profession in its own right in Saudi Arabia, Nasser received his formal education in Architecture at Um Al-Kora University in Mecca, and currently lives and works as an architect in Jeddah.

Al-Salem has exhibited internationally at ‘Edge of Arabia’ shows in Istanbul (20019) and Jeddah (2012) and he has also participated in the British Museum’s Hajj exhibition (2012), where not shortly after, his work “Zamzam” was acquired by the museum. He is actively involved in community calligraphy projects and in 2010, took second place at the Kingdom’s National Calligraphy competition. He is also a member of the National Guild of Calligraphers and is an active member of Saudi Arabia’s Arts and Culture Group. In 2012, he successfully opened and sold out his first solo exhibition at Athr Gallery ‘And it Remains…’, not long after Nasser Al Salem was shortlisted for the 2013 Jameel Prize. Most recently, Nasser has participated in the group exhibition “Calligraffiti” at Leila Heller Gallery alongside Keith Haring, Shirin Neshat, Jackson Pollock, Farhad Moshiri, and Jean-Michael Basquiat.