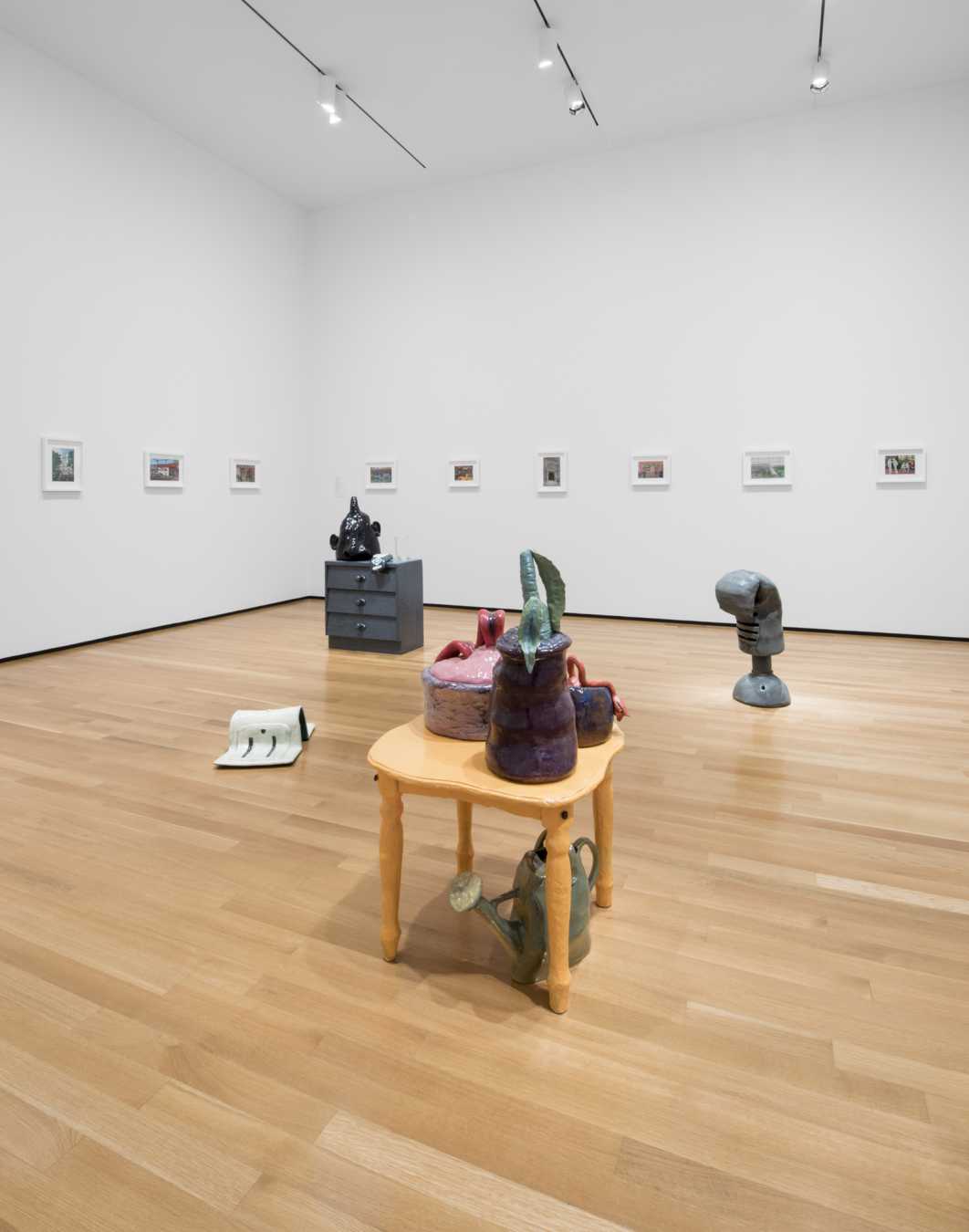 Woody De Othello ongoing series of ceramic sculptures present semi-anthropomorphic forms sometimes resting atop cartoonish stools. For Faceless Jug, Othello alters a large vase by affixing large ears to its sides. For I Can See You But I Don’t Hear You, a traditional telephone is humanized not through the enhancement of body parts but rather through a sense of deflation, as if this object is worn out and has fatigue.

He animates everyday objects and isolated body parts into strange, humorous “characters.” For Deep Breathes (2017) Othello created two vessels that mutate and twist to face each other; the similar forms are posed in a way that might suggest a parent-child relationship. For Holding Myself Down (2017) Othello created what appears to be an enormous pair of disembodied hands pressing down to center a cone of clay.

Othello’s glazes draw from a contrasting palette of rich and cool colors that he intuits with a unique sensitivity. For the rubber and latex floor casts, Othello carves markings straight into a slab of clay and produces positive casts of hand-drawn floors heightening his surreal and grotesque interpretations of everyday life.

Woody De Othello (b. 1991 Miami, FL) completed his MFA at the California College of Arts in San Francisco in 2017. He received his BFA from Florida Atlantic University with a concentration in Ceramics. Othello has exhibited widely in Florida and the Bay area. In 2016, he had a solo exhibition at QUALITY in Oakland, CA and is preparing for a solo exhibition at Jessica Silverman Gallery in September of 2018. Othello lives and works in Berkeley, CA.