CLEVELAND, January 4, 2019 – Prem Krishnamurthy and Tina Kukielski have been named Co-Artistic Directors for the second edition of FRONT International: Cleveland Triennial for Contemporary Art, which will run from July 17 through October 2, 2021. FRONT is a contemporary art triennial based in Northeast Ohio that is a collaboration with the region’s major arts and culture institutions. The inaugural edition of FRONT in summer of 2018 enjoyed wide recognition and strong attendance.

Prem Krishnamurthy is a designer, exhibition maker, writer, and teacher who divides his time between Berlin and New York. As a founding principal at the award-winning design firm Project Projects and now partner and director at Wkshps, Prem has led strategic identity, exhibition, publishing, and interactive projects with artists, architects, museums, and non-profit institutions. As an independent exhibition maker, Krishnamurthy has curated and organized numerous exhibitions and projects at galleries, museums, and other institutions in the United States, Europe, Asia, and the Middle East. Between 2012 and 2017 he founded and directed P!, the experimental “Mom-and-Pop-Kunsthalle” that was located in New York’s Chinatown.

Tina Kukielski is based in New York City where she is Executive Director and Chief Curator of Art21, a nonprofit art organization specializing in storytelling about contemporary art and producers of award-winning documentary films on artists. Kukielski previously held curatorial positions at the Whitney Museum of American Art in New York and the Carnegie Museum of Art in Pittsburgh, and has independently curated exhibitions in Dubai, Milan, Naples, and Miami. She was a co-curator of the acclaimed 2013 Carnegie International with Daniel Baumann and Dan Byers.

“I am thrilled about beginning work on FRONT 2021 with Tina and Prem. I have immense admiration for their experience and talent and I know that they will bring tremendous energy to this project”, said Fred Bidwell, FRONT founder and Executive Director. “Even though we had incredible success this past summer, under the artistic direction of Michelle Grabner, it is not our intention to duplicate the experience. I know that this team will bring new ideas and perspectives to the exhibition in partnership with the curatorial teams of our Presenting Partner institutions.”

According to Tina Kukielski, “Having previously worked in Pittsburgh, I’m looking forward to returning to the region and, with Prem, exploring the potential of art in a time of immense change. Opportunities like those presented by FRONT 2021 are uniquely impactful for audiences locally and internationally. We are fortunate to have such impressive cultural partners in the Cleveland area and it is a pleasure to guide this project alongside them.”

“It is an incredible privilege to be named Co-Artistic Director with Tina Kukielski of the next FRONT International,” said Prem Krishnamurthy. “Now in its second edition, FRONT 2021 has the opportunity to rethink conventional approaches to contemporary exhibition making and artistic production. Given the pressures impacting Ohio, the United States, and the world, what will our collective futures look like? I’m eager to delve into such timely questions from a long-term perspective.” 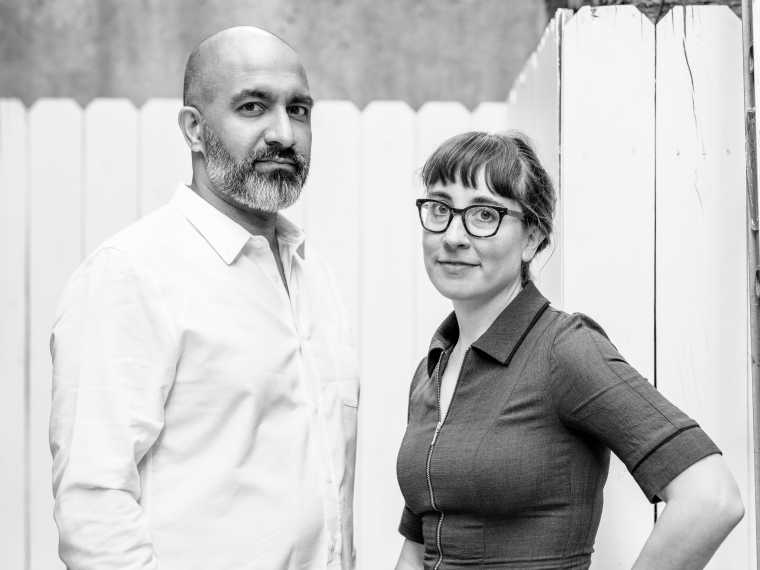 An Evening with FRONT 2021 Artistic Directors