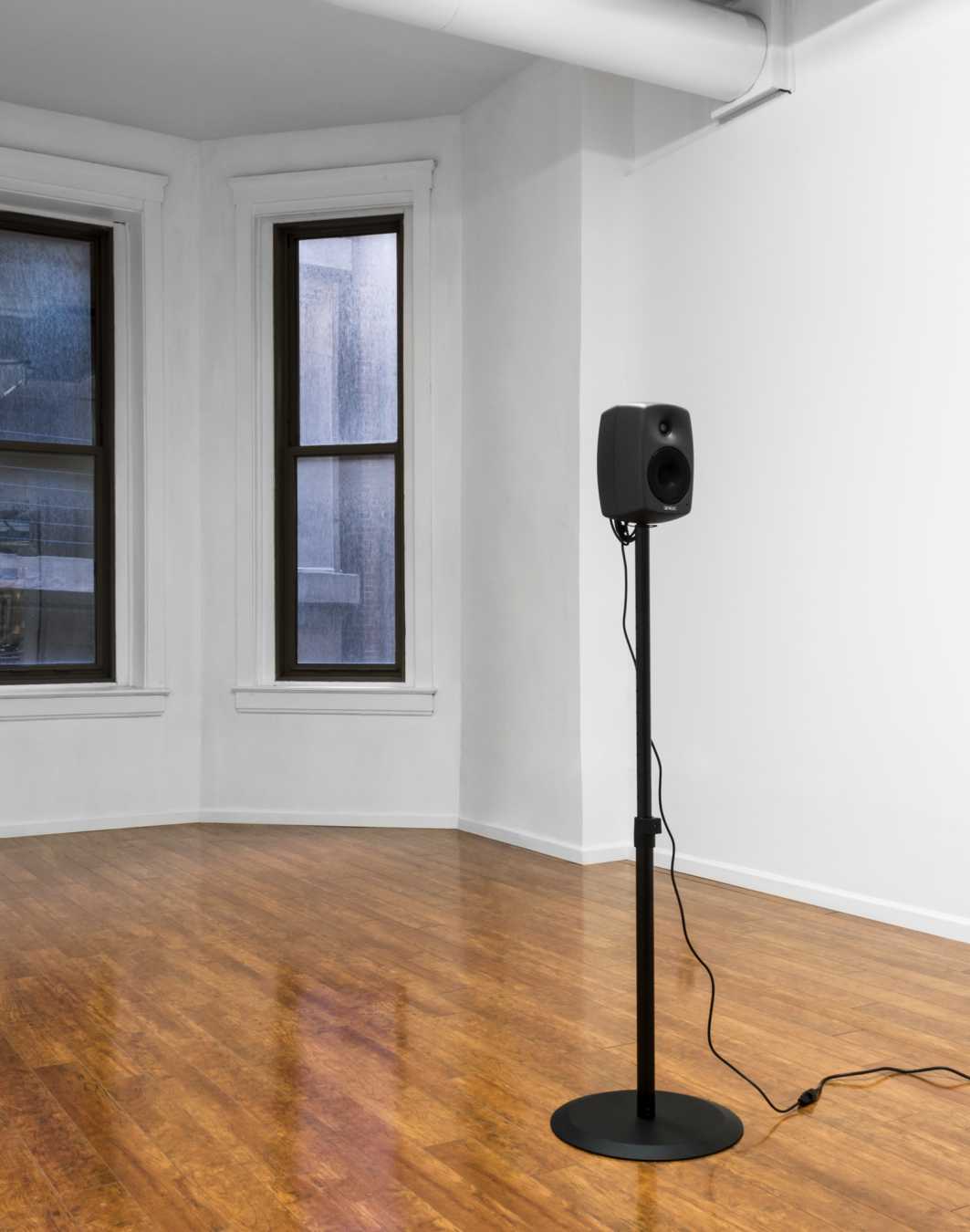 And As The Medieval Cloisters Connect Seamlessly With The Corridors of Power… I’m quietly confident… (U-turn!), is a single channel audio work in which six a cappella singers perform a historic political U-turn: a broken promise, typically the biggest failure of government. The U-turn is abstracted into a stuttering series of dissonant coughs, “umms,” and ”urrs” that eventually find momentary harmony in a triumphantly melodic climax—only to collapse back into silence and start the cycle of indecisions again.

My work’s conception began in 2013 in response to a programmatic volte-face by the British Secretary of State for Education, Michael Gove, who most recently had his comeback as a prominent supporter of Britain leaving the European Union (commonly referred to as Brexit). My work resonates across these different historic moments in time as an inquiry into forms of human communication, specifically the public or technical staging of speech, along with questions about the management of life, language, bodies, and the parameters of success.

Cally Spooner was born in 1983; she lives and works in London, UK. Her most recent solo shows include On False Tears And Outsourcing, The New Museum, New York, And You Were Wonderful, On Stage, The Stedelijk Museum, Amsterdam (2016). While her newest solo show was held at Whitechapel Gallery, London (2017), her most recent group shows include Action!, Kunsthaus Zurich; Speak, Serpentine Gallery (2017); the Geneva Moving Image Biennial (2016 – 2017);  Museuo Como Performance, Fundacion Serralves, Porto, and Joining Forces with the Unknown, Lafayette Anticipation, Paris (2016). Cally Spooner is an event maker and a writer operating in a space where references to books, theoretical treatises, films, pop songs or talk shows find arrangements in unsynced forms: live productions, film installations, choreography, sound, as well as fiction, readings, and scripts. Arriving from a training in Philosophy and landing somewhere between stable, formal compositions and ongoing, unresolved activity, her work prods and makes restless the hierarchies between those who hold power to manage bodies and thought, and those who do not.

Spooner is also the Stanley Picker research fellow at Kingston University seeking a cross-disciplinary exchange with Kingston University’s Centre for Research in Modern European Philosophy (CRMEP) to unpack the politics, ethics, and economics of collaboration in the creative industries and lay groundwork for the formation of a more or less functional performance company. The fellowship arrives through a number of public gatherings – partly academic, partly practical.