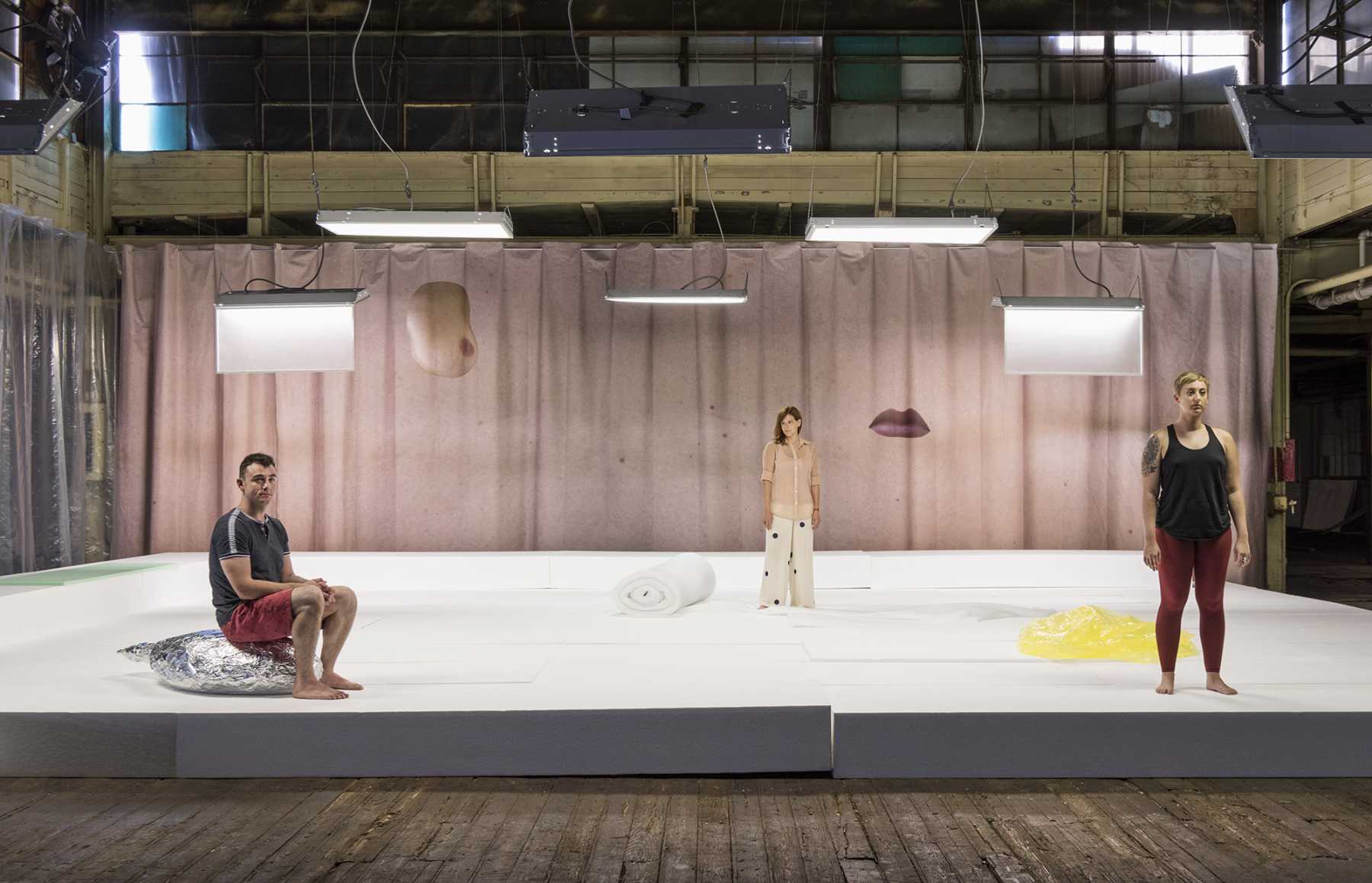 Visit the installation during these select dates:

A theater play written by Thomas Boutoux and Guillaume Leblon. Performed only July 14 and July 15, 2018.

Busy Time follows our first collaborative project The Interview, originally created in 2007. A play designed for two actors, The Interview presents a conversation between an artist and an art critic going awry. Inspired by the types of exchanges that occur during studio visits, The Interview highlights the many misunderstandings, mutual embarrassments, passionate arguments, and declarative statements that these interactions often produce.

Written and conceived almost ten years after The Interview, Busy Time focuses on our current artistic preoccupations and reflects on how the world in which we work and live has changed during the last decade. We continue to use collaborative playwriting and theatrical dialogue as instruments to discover one’s own identity and meaning in the world through making observations and asking questions. Busy Time addresses a variety of themes including happiness, dignity, aging, solidarity, communication, and observation. If the plot of The Interview can be characterized by internal struggles and the search for clarity, Busy Time embraces the external, seeking to blur the boundaries of the play and outside world.

Busy Time is staged in a selected vacant house in Cleveland where visitors can also access different representations of the play. The house contains new sculptures by Leblon which also comprise the seating for Busy Time. The house’s lifecycle during the three months of FRONT is a key element, making it not merely a backdrop but a fifth actor in the story. Mail will be regularly delivered, necessary maintenance will be performed, and improvements will be made during its run.

Ultimately, the text of the play, movement of the four actors, and community in the house stem from an untraditional theoretical practice that aims to address the realities of what it means to live today.

Born in Lille in 1971, Guillaume Leblon lives and works in Paris.

He was nominated for the Prix Marcel Duchamp in 2011. Several solo shows have been devoted to his work in France, in particular by the CAC, in Ivry-sur-Seine in 2006; the Grand Café, Saint-Nazaire, in 2010; the Fondation d’Entreprise Ricard, Paris, in 2011; the Musée de Sérignan in 2012; the IAC, Villeurbanne, in 2014; and abroad at the Kunstverein, Dusseldorf, in 2006; the CGAC, Santiago de Compostela, in 2008; the Mudam, Luxembourg in 2009; the Mass Moca in 2013; the Contemporary Art Gallery, Vancouver, in 2015. Some of the more recent group exhibitions that have featured his work include: the Lyon Biennale in 2011; Pour un art pauvre at the Carré d’Art, Nîmes in 2011-12; the Rennes Biennale in 2012; and Une Histoire at the Centre Pompidou, Paris in 2014-16; L’usage des formes, at the Palais de Tokyo, Paris, in 2015 and Accrochage at Palazzo Grassi in 2016. Upcoming projects include a group show at Roundhouse/DuSable museum in Chicago in the fall, solo shows at Travesia Cuatro and Galerie Jocelyn Wolff in the fall, and SMAK in Gand in 2018.