This initial group of featured projects includes FRONT commissions and exhibitions that will activate unique and unconventional spaces throughout Cleveland, spotlighting particular sites, buildings and locations that carry social, cultural or political significance in relation to the city’s history and current reality. In these spaces, FRONT artists will unveil a range of projects, including site-specific works that engage the city’s rich identity while encouraging a broader contemplation of people and place among both residents and visitors.

FRONT’s multi-part presentation will investigate the significance and meaning of staging a large-scale international triennial in the contemporary context. Bringing together more than seventy local, national and international artists across mediums and disciplines, FRONT will partner with sites throughout Cleveland and beyond to explore artistic collaborations, intellectual exchanges and curatorial dialogues connecting the city and the Great Lakes region to broader global, political and economic networks. FRONT’s ambitious program will weave critical approaches to museum exhibitions, public and educational programs, residencies, publications, and research strategies in a complex presentation.

Program highlights for the Triennial include artist commissions and site-specific projects at diverse cultural sites throughout Cleveland:

Commissioned for Cleveland in partnership with Cleveland Public Library, this installation by Yinka Shonibare MBE (RA) celebrates the richness that immigration brings to a nation. The American Library consists of approximately six thousand books displayed in open bookcases, each wrapped in colorful African wax cloth, a prominent feature of the artist’s work. Stamped in gold upon each spine is the name of a first- or second-generation immigrant to the United States who has contributed significantly to a particular field of art, science or American culture, or the name of an immigration dissenter who opposed such ideas. Open borders, freedom of speech and blended heritage are all central themes to Shonibare’s work. This new project is a sequel to the artist’s 2014 installation, The British Library, dedicated to honoring immigrants to the United Kingdom who made similar contributions to British society. Cleveland Public Library staff will contribute the names and categories selected for inclusion in the project, which will be accompanied by a proprietary website providing information on all the names included in the bookcase. The website will serve as a portal for visitors, both virtual and on site, to upload their personal immigration stories. The work was made possible by funds from VIA Art Fund.

The FRONT Film Program will manifest in a purpose-built theater inside the Crane Gallery of Transformer Station, presenting a scheduled program of both feature-length and short-form works by an international group of artists active in gallery and experimental film spaces. The selection focuses on films exploring the social and economic realities of global urban centers, including topics from the working class and industrialization, migration, global trade, privatization of public space, to homelessness and housing. Documentary, fantasy and personal fiction modes are all represented in the program of works by noteworthy filmmakers from the US, as well as across Latin America and Asia, who explore the city as subject and backdrop.

Working in installation and performance, Chicago-based artist Michael Rakowitz brings to the fore issues of political conflict in American culture. His project for FRONT, titled A Color Removed, is a citywide artwork that contemplates the right to safety. After the 2014 fatal shooting of twelve-year-old Tamir Rice by a police officer, Cleveland was thrust into the national conversation about race and police brutality. At the time of the shooting, Rice was holding a toy gun with its orange safety cap removed. In response to this unjust tragedy, Rakowitz has designed an expansive participatory project to remove all orange-colored objects from Cleveland. Orange objects, from clothing and toys to sports equipment and household items, will be catalogued and displayed at SPACES in collaboration with the Beamer-Schneider Professorship in Ethics at Case Western Reserve University, prompting viewers to consider how it feels to live in a society where the right to safety is removed.

FISH STORY AND LOTTERY OF THE SEA

The William G. Mather, launched in 1925, was a state-of-the-art steamship that ferried iron ore, coal and grain across the Great Lakes, between Duluth, Minnesota, and Cleveland’s steel mills, for the Cleveland-Cliffs Iron Company. Now decommissioned, it docks on Lake Erie at the Great Lakes Science Center. During FRONT, its cargo hold will host an installation of film and photography projects by Allan Sekula (1951–2013), the prominent photographer, filmmaker and writer, whose work from the 1980s onward took the sea as a defining subject. Sekula’s work explores the effects of capitalism on our social structures, the workplace and the visual grammar of photography itself.

This seven-channel video installation by Candice Breitz interrogates the conditions under which empathy is produced. Evoking the global refugee crisis, the work evolves out of interviews with six individuals who have fled their countries: Sarah Mardini, who escaped war-torn Syria; José Maria João, a former child soldier from Angola; Mamy Maloba Langa, a rape survivor from the Democratic Republic of the Congo; Shabeena Saveri, an Indian transgender activist; Luis Nava Molero, a political dissident from Venezuela; and Farah Abdi Mohamed, a young atheist from Somalia. In the first space of the installation, re-performed fragments from the interviews are woven into a fast-paced montage featuring Hollywood actors Alec Baldwin and Julianne Moore. In a second space, accessible only via the first, the original interviews are projected in their full duration. Suspending viewers between the gritty firsthand accounts of individuals who would typically remain anonymous in the media and an accessible drama featuring two actors who are the very embodiment of visibility, Love Story reflects on a media-saturated culture in which strong identification with fictional characters and celebrity figures runs parallel to widespread indifference to the plight of those facing real-world adversity. Love Story will be presented in the Helen Rosenfeld Lewis Bialosky Lab Theatre at Playhouse Square.

For this FRONT commission, 2017 MacArthur Fellow Dawoud Bey has created a series of photographs evoking the imagined experience of escaped slaves moving northward through Cleveland and the surrounding area to Lake Erie, and boats bound for Canada. In brooding photographic prints, Bey seeks to reconstruct the experience of moving through a strange city and landscape under cover of night. Installed in St. John’s Episcopal Church, a stop on the Underground Railroad in the 19th century, this commissioned project expands on the artist’s continued interest in the ways in which history can be engaged, invoked and materialized in the contemporary moment in relation to African American history and experience.

Philip Vanderhyden at the Federal Reserve Bank of Cleveland

Philip Vanderhyden has created a 24-channel video animation piece to be displayed on monitors in the Federal Reserve Bank’s historic main lobby. The screens will be networked together to create a single seamless animation running the length of the room, featuring quasi-abstract animated vignettes that draw from familiar animation styles. Presented within the historical context of the bank’s grand Beaux arts environment, the work explores a new narrative of the American financial system through casino-style slot-machine graphics, Hollywood-style disaster sequences and Wall Street–style “financial explainer” animations. Vanderhyden’s pioneering video technique places the artist at the forefront of new ways of imagining the act and medium of painting. 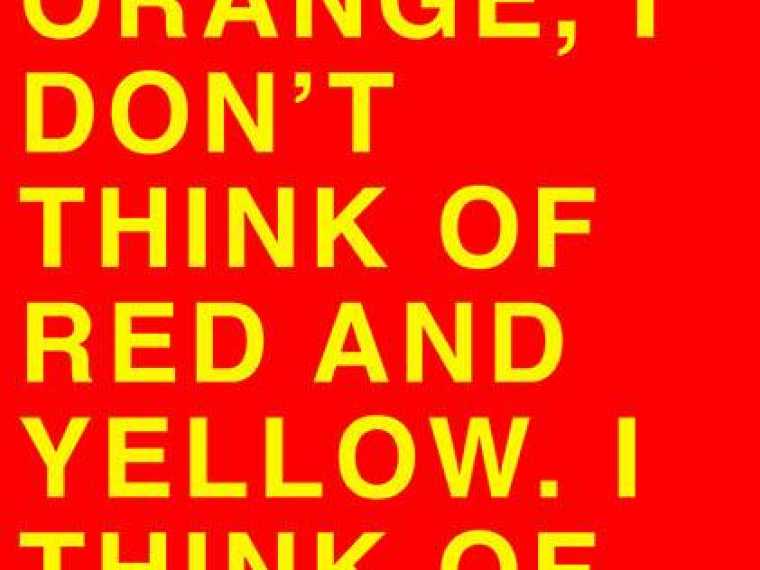 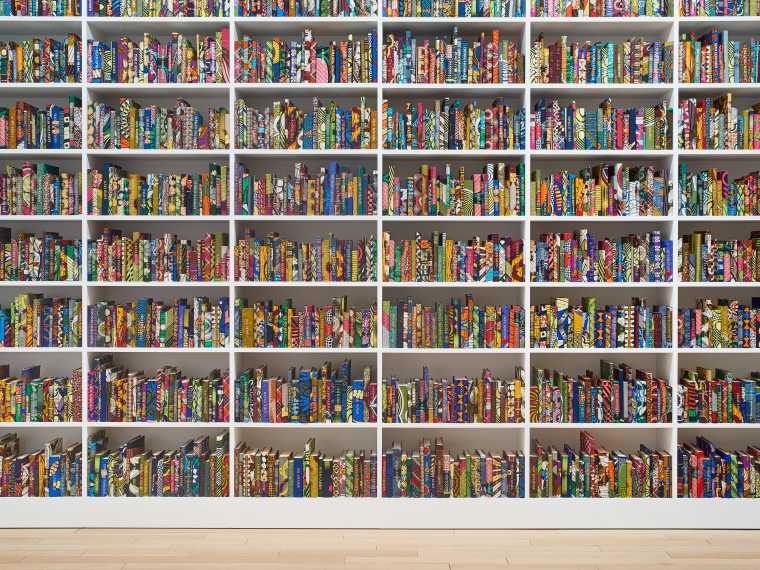 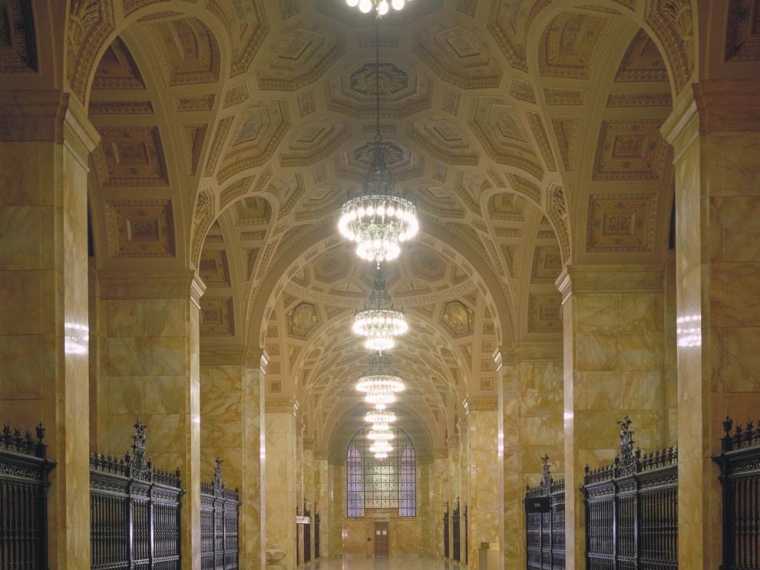 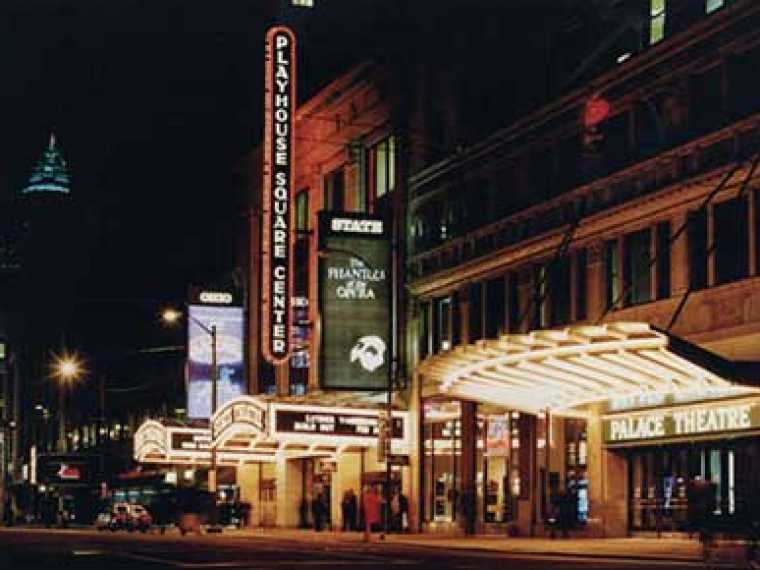 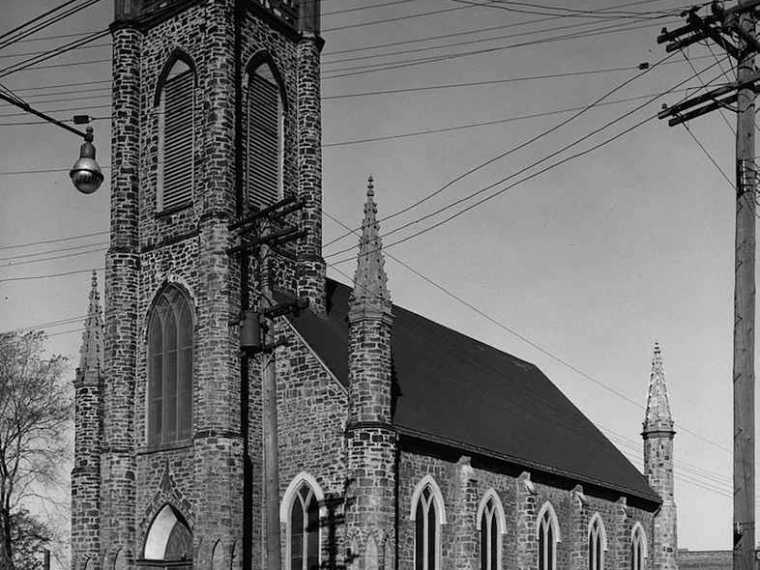 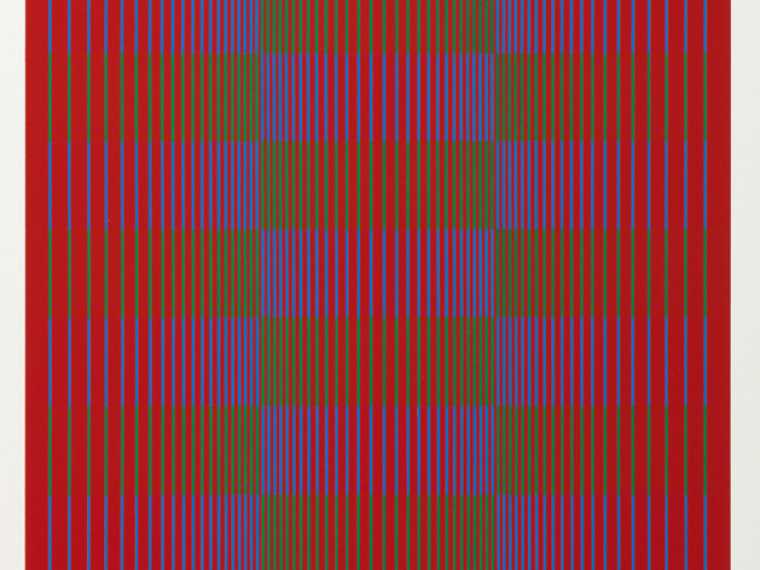 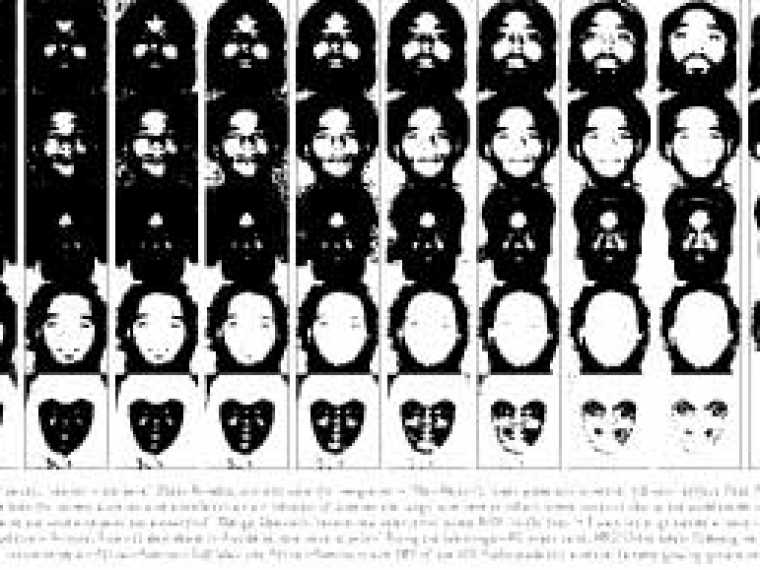